2 Die in Aiken County Crash; Speed & Alcohol May Be Factors 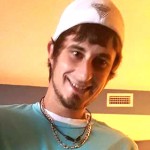 Two men died in a single-vehicle crash early Friday in rural Aiken County, including a young father of two boys.

Speed and alcohol maybe contributing factors in the crash that killed 24-year-old Austin Nunn of Wagener (right) and 32-year-olf Michael Polk of Salley (bottom photo), according to Coroner Tim Carlton.

The wreck happened around 12:44 a.m. Friday near Clinton Church Road and Joe Scott Road in Salley. 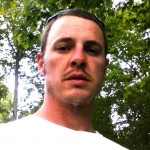 “Mr. Nunn was the driver of the Chevrolet pick up, when he lost control, left the roadway in a sharp curve, and struck a tree,” the coroner said.

Both men were declared dead on the scene. Toxicology is pending. The crash is being investigated by the S.C. Highway Patrol and the Aiken County Coroner’s Office.

Friends and family are already remembering them on Facebook: