2 People Killed in Hit & Run Accidents in Aiken County. Can You Help Solve Them?

Authorities are looking for suspects in two deadly hit & run accidents from overnight in Aiken County.

In the first, victim Irma Soto of Aiken and her fiancé were on Edgefield Highway, moving an item out of the road that had fallen off their truck.  A southbound sedan struck the victim and continued traveling southward without stopping, Coroner Darry Ables said.

In the second incident, victim Christopher Bovian of Augusta was walking southward on Jefferson Davis Highway in North Augusta on the shoulder of the road. Suddenly, a southbound vehicle struck the victim and kept going.

Bovian was pronounced dead on the scene from blunt force injuries at 1:25 a.m. Saturday, the coroner said.  If you have any information pertaining to the suspect or suspect vehicle please contact the Public Safety Traffic Division @ 803-279-2121

In the first case, the S.C. Highway Patrol has released a poster seeking information. Here it is: 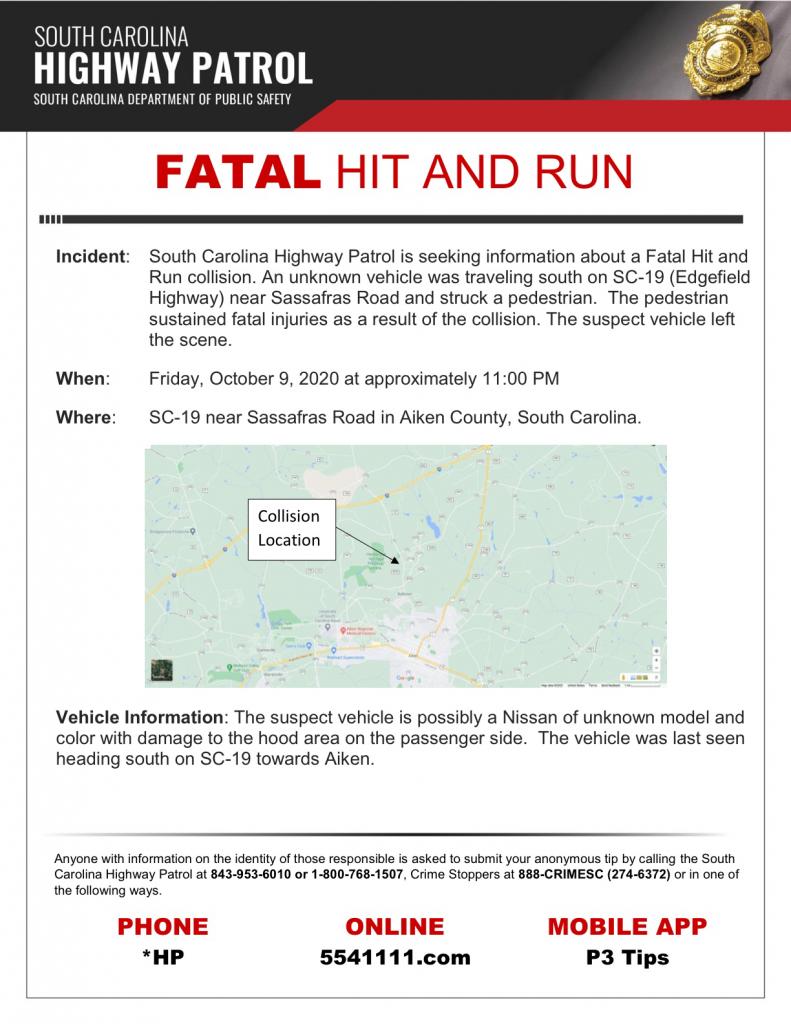