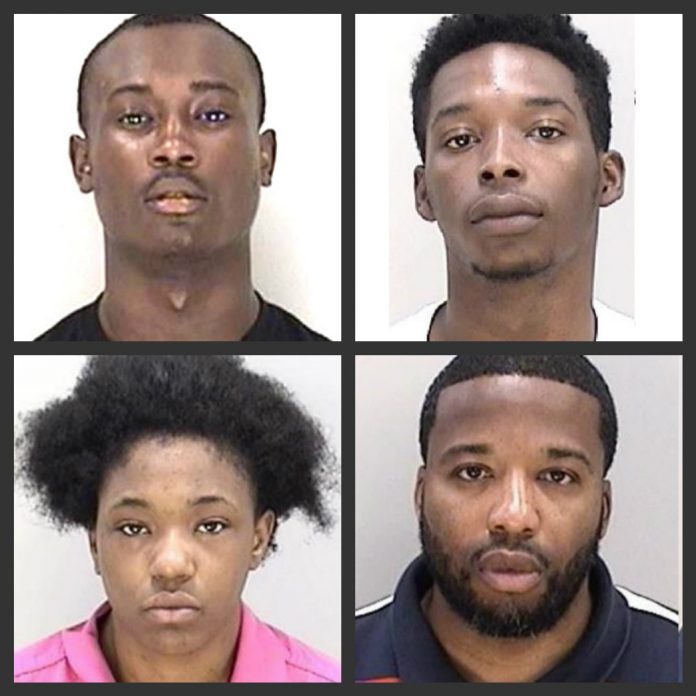 Four more arrests were made Friday in the shooting death of off-duty Deputy Gregory Cooke in Augusta.

“Throughout the investigation it was learned that Roberson, Reeves and Hunter assisted Donelle Osborne, Jr and Na’eem Caldwell flee the area after shooting” Cooke, a GBI press release says.

The GBI has made it clear that Cooke was not acting as a law enforcement officer at the time of the shooting.

“Cooke had a verbal altercation with an individual, at which time, Cooke was shot,” the GBI press release says.

Cooke was transported to the Augusta University Medical Center in Augusta, where he later died during surgery Thursday.