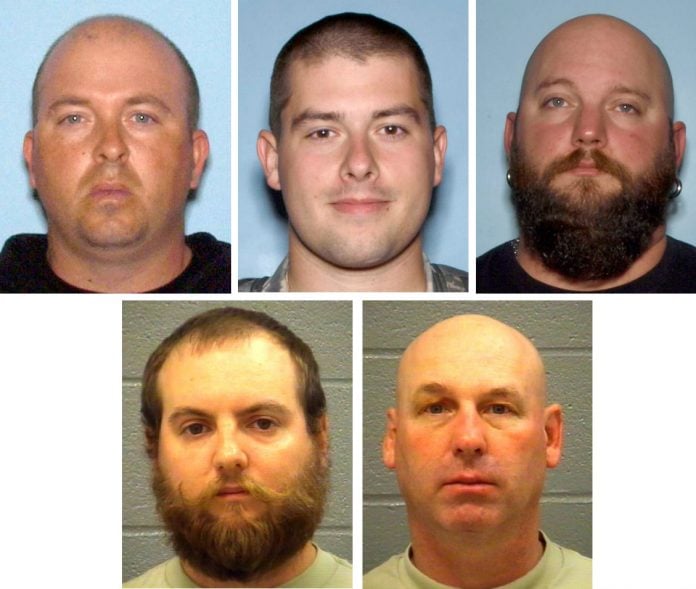 Five members of the Steel Horseman motorcycle gang have been arrested in Columbia County after they were caught on video confronting a rival gang member and forcing him to remove his jacket, according to authorities.

According to the sheriff’s report, a member of the Highway Gypsies motorcycle gang was at the Evans Cycle Center on March 7 when members of the rival gang confronted him.

“The subjects surrounded him outside his vehicle for several minutes, telling him that he was not supposed to be wearing his motorcycle jacket,” a sheriff’s report says.

The victim called deputies after the incident and showed them a video that his wife had taken on her phone.

The sheriff’s office wanted to stop the intimidation and aggressively investigated the matter, which led to this week’s arrests of the five men.

“It should come as a strong warning to all motorcycle gangs that violence, intimidation and causing fear to others will not be tolerated in Columbia County,” sheriff’s Capt. Steve Morris said.

A sheriff’s report says the suspects have a variety of jobs, including an operator for Augusta Utilities, an Army soldier, a Graniteville heavy equipment operator. One is unemployed and the other does not list an occupation.