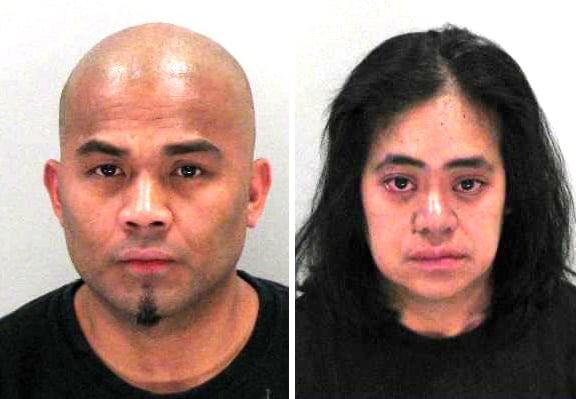 It started with complaints from neighbors about a foul odor coming from 332 Brandywine Apartments in Augusta.

It ended with the arrest of a local couple and the removal of five children, ages 4-13.

This is what an apartment inspector and deputies discovered inside the apartment on Wednesday:

* German roaches running around in all directions with ceilings and walls littered with roach nests.

* Human feces on the floors that had been stepped in and tracked throughout the home.

* Walls with feces spread on them by the children, including a stairway wall where a child had made hand-prints using their own feces.

* Rotting food on the counters and in the sink.

* A refrigerator and freezer with no edible food with everything rotten and decaying.

* The 4-year-old child was seen eating molded food from the trash can.

* Medication bottles without tops in an area the children could easily have accessed.

* None of the children were in school on this day except the 13-year-old and the youngest two were not registered in any school.

Deputies notified DFACS officials, who came and removed the children and placed them with their aunt.

The parents, Johnston Santos, 37, and Joanna Santos, 34, were both charged with deprivation of a minor. Mr. Santos was also charged with obstruction for trying to clean up the house after deputies told him to sit down.