AugustaCrime.com - Breaking news for Augusta, GA and CSRA.
More
HomeNewsA Look at the Augusta Man Who was Shot During Gunfight with...
News 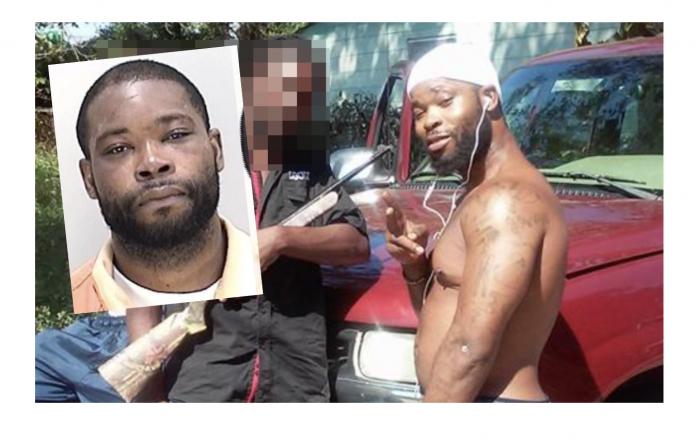 The Augusta man who was shot in the testicles in a violent gunfight with deputies overnight is a schizophrenic felon with a history of drug use and violence.

Jasper Newton, 41, is being treated at the Augusta University Medical Center after he was on the losing end of a furious gun battle at 2 a.m. Saturday along the 1300 block of Anderson Avenue. At least three deputies fired dozens of rounds in the gunfight, which pierced the darkness after officers responded to a desperate 911 call from a domestic violence victim.

While authorities have not officially released Newton’s name, The Jail Report has confirmed the suspect’s identity with our sources.

Meanwhile, it’s a miracle that none of the deputies involved were shot before Newton was captured underneath a home. But one officer was taken for treatment for a fractured hand, Sgt. William McCarty said in a press release.

The GBI has taken over the investigation since it involved officers firing their weapons, a standard procedure for RCSO. (A full press release is below.)

Newton has a long criminal history, including convictions for a attempted removal of a weapon from a public official, obstruction, burglary, theft, DUI, battery, entering an auto, cocaine possession, domestic violence, carrying a concealed weapon, sexual battery and trespassing. In 2004, he was found guilty but mentally ill for a robbery and sentenced to 5 years in prison. In October 2019, he was charged with domestic violence, and a booking report listed him as homeless. He was sentenced to probation in that case.

“On Saturday Oct 10, 2020, around 2:00 am, the Richmond County Sheriff’s Office responded to the 1300 block of Anderson Ave in reference to a domestic dispute.  Upon arrival, they encountered a male suspect armed with a gun who fled the scene on foot as Deputies approached the residence.

“During the foot chase, the suspect fired several shots at Deputies who returned fire.  The suspect continued fleeing and was located by Deputies at a residence on Poplar Street. He again fired several shots at Deputies, who again returned fire. The suspect crawled underneath a residence where he was ultimately taken into custody and found to have suffered a gunshot wound. He was transported to Augusta University Medical Center E.R. and at this time, his injuries are not believed to be life threatening.

“The investigation has been turned over to the Georgia Bureau of Investigation.  None of the Deputies were shot, but one Deputy was taken for treatment for a fractured hand.  This case is actively being investigated and no further information will be released at this time.”