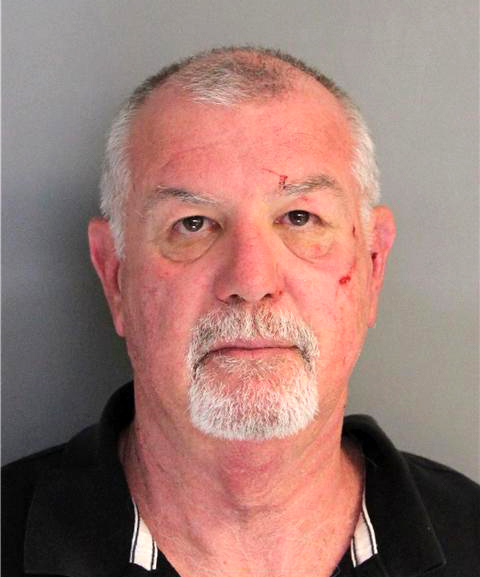 The 65-year-old attorney is accused of being the primary aggressor in a fight with 48-year-old wife Kawanna Nance at their home on Dupree Place in Aiken, according to an Public Safety report.

Officers responded to the home at 9:50 p.m. Tuesday and found the victim with red marks on her neck. She told police that her husband had assaulted her following an argument. The fight had to do with an email exchange between the wife and Mr. Nance’s daughter, the report said.

In the police report, officers noted the appearance of defensive wounds on Mr. Nance’s neck, which are visible in his mugshot.
Mr. Nance was determined to be the primary aggressor and charged with criminal domestic violence. He was booked into the Aiken County Detention Center and remained there Wednesday morning.

In a September article in The Aiken Standard about the closing of the West Side Bowery, Mrs. Nance told a reporter she has been married to the attorney for 13 years. The couple met while she was working at the restaurant to pay for college, the article said.
Mr. Nance is a partner with Nance, McCants & Massey. He specializes in civil litigation, insurance defense, medical malpractice, wills & estates and mediation, according to a company website.