Aiken Attorney Will Be Cited, Not Arrested, in Traffic Death 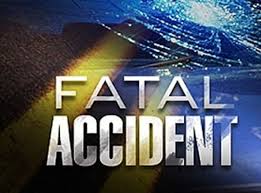 Woodruff, of Aiken, has been cited for Careless Driving, Section 42-20 of the City of Aiken Code of Ordinances. He was not arrested and no booking photo was taken.

The charges have been filed following the fatal vehicle collision which occurred on March 30, 2013, and resulted in the death of Ms. Lukisha Thomas of Aiken, and critically injured Mr. Ray Wooden Jr. of Aiken.

“The Aiken Department of Public Safety expresses their condolences to the family of Ms. Lukisha Thomas and hope for a full and complete recovery for Mr. Wooden,” Lt. Karl Odenthal said in a press release.

Thomas Woodruff Jr. was the driver of a 2006 Jeep Cherokee travelling northbound on York Street NE, which left the roadway, and struck Thomas and Wooden as they were walking southbound on the sidewalk.

During the investigation, officers conducted a technical reconstruction of the collision, analyzing data collected from the forensic mapping of the collision scene, and interviewing several witnesses and the driver of the vehicle.

During the investigation officers were able to rule out excessive speed as a contributing factor by using linear momentum, kinetic energy, and time and distance equations. This determination was based on the analysis of evidence and measurements collected from the scene.

“In addition to ruling out alcohol and/or drugs, and speeding as contributing factors, officers found no indication that the use of a cellular phone or texting played a part in the collision,” Lt. Odenthal said.

THE STATEMENT FROM AIKEN PUBLIC SAFETY:
“After reviewing the evidence, and interviewing several witnesses to the collision, the investigating officers found no evidence that Woodruff was driving with “willful or wanton disregard for the safety of persons or property”, otherwise known as “Reckless Driving” or “Reckless Vehicular Homicide” as defined in the South Carolina Code of Laws, Section 56-5-2920 and 56-5-2910 respectively.

After reviewing the available evidence in the case, and consultation with the Aiken County Solicitor’s Office and the City of Aiken Solicitor, it was determined that the charge of “Careless Driving” as defined in the City of Aiken Code of Ordinances, Section 42-40 was the most appropriate charge currently available under state and local laws.

The Careless Driving ordinance reads that “It shall be unlawful for any person to operate a motor vehicle in a careless manner in disregard of the safety of persons or property upon any street, sidewalk, alley or parking area, public or private, within the corporate limits of the city”.