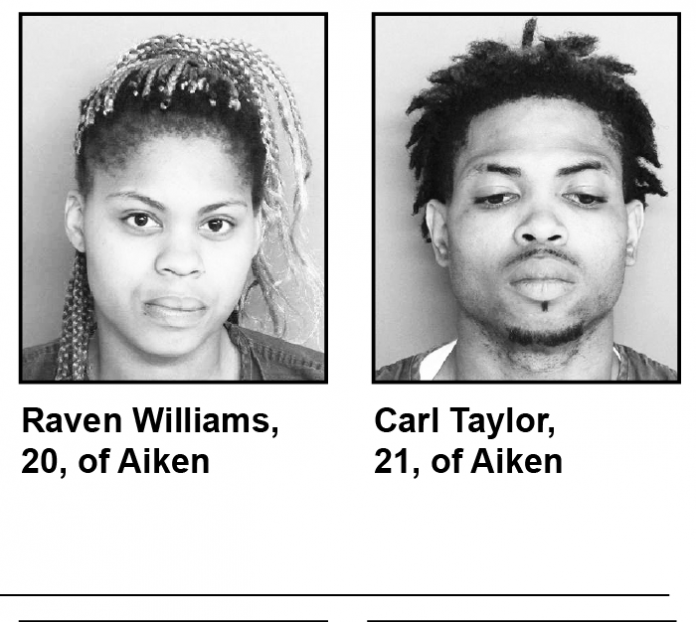 A baby boy was taken from his parents last Wednesday after he was found living in a filthy house filled with items stolen in burglaries.

The parents, Raven Octavia Williams, 20, and Carl Lorenzo Taylor, 21, the 1200 block of York Street, Aiken, were arrested and charged with unlawful neglect of a child and possession of marijuana, an Aiken Department of Public Safety report said.

Investigators went to the couple’s apartment as part of a burglary investigation. They found the stolen items and also observed illegal drug activity, leading to the seizure of marijuana, the report said.

But even more disturbing was the sight of a baby crawling around the couple’s filthy apartment, chewing on trash from the floor including coins, a Q-tip and a hair weave, the report said.

The apartment had only one bed and when asked where the child slept, Williams said usually in the bed with her and Taylor.

The kitchen was a horror with a large amount of trash in the pantry. Williams said taking the trash out was not the sort of thing she did around the house. Small roaches were crawling on the pantry door and dirty dishes filled the sink.

The baby was placed with friends of Williams by the Aiken County Department of Social Services, the report said.