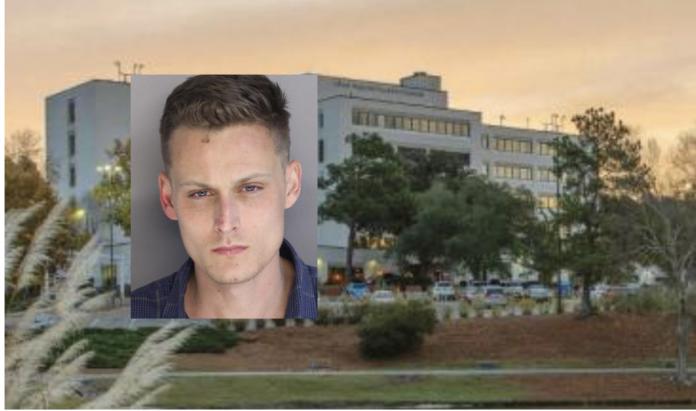 Griffin fled into a wooded area near Simons Street as responding deputies began their search Sunday. The Aiken Bloodhound Tracking Team and SLED was assisting with the search for Griffin, a press release says. 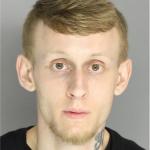 Griffin was initially arrested Saturday night after an investigation into a burglary on Edisto Road. His brother – 27-year-old Christopher Griffin – was arrested Saturday for the same break-in. He is sitting in the Aiken County Jail.

But Jonathan Griffin escaped at the hospital. It’s unclear whether deputies were watching him at the time.

Both Griffin brothers are repeat offenders with a long history of arrests in Aiken County. It’s a wonder both are not locked up in prison already.

On Sunday, residents of Midland Valley expressed concern on social media about the suspect. By Sunday afternoon, the sheriff’s office posted about the escape and asked for the public’s help in finding him.

If anyone has any information on the whereabouts of Griffin, we encourage them to contact the Aiken County Sheriff’s Office at (803) 648-6811. You can provide information anonymously through Midlands Crime Stoppers. Your tip could earn you a cash reward of up to $1,000 for information leading to the arrest of the person(s) responsible for any crime.