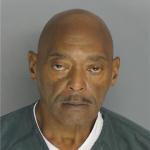 he Aiken County Coroner’s Office along with the State Law Enforcement Division (SLED) is investigating the death of an inmate at the Aiken County Detention Center.

Dion M. Cook Sr., 53, of Aiken, was an inmate at the detention center when he was found unresponsive in the kitchen area shortly after 6 a.m. Thursday.

Cook was transported to Aiken Regional Medical Centers where he was later pronounced dead.  An autopsy is scheduled for Friday morning in Newberry.

“No foul play is suspected at this time,” Coroner Darryl Ables said in a press release.

He’s at least the second inmate to die at the jail this year. In January, Warren A. Pridgen, 62, of Graniteville, was discovered unresponsive by other inmates.

No suspicious injuries and no foul play was suspected in that case either. Pridgen had a medical issue for which he had refused treatment.

Hephzibah Man with HIV is Charged with Passing Virus to Male...

Why Wasn’t School Board Member Wayne Frazier Booked Into Jail for...