Aiken County Sheriff Michael Hunt has asked SLED to investigate Saturday’s death of a suspect who first became unresponsive while being restrained by deputies two days before.

The suspect, identified as 31-year-old Exzabian M. Myers, was captured Thursday night after complaints that he was trying to gain entry into passing cars at the intersection of Marshall and Ergle streets in Grantieville. Deputies were told the suspect was possibly trying to rob people.

Deputies found the suspect in the middle of the roadway with traffic at a standstill, sheriff’s Capt. Eric Abdullah said in a press release. The suspect was taken into custody for disorderly conduct.

“While being transported to the Aiken County Detention Center, the suspect began hitting his head on the partition and kicking at the rear window inside the patrol car,” Capt. Abdullah said. “The transporting deputy stopped near 4020 Trolley Line Road and called for assistance to restrain the individual from causing anymore harm to himself. The suspect became unresponsive while deputies were placing his legs in a restraint.”

The suspect was rushed to Aiken Regional Medical Centers, where emergency medical staff met them at the ambulance service entrance and began treatment. Coroner Darryl Ables said his office was called to the hospital at 4:19 p.m. Saturday about Myers’ death.

“Mr. Myers will be autopsied in Newberry Monday afternoon to determine his cause of death,” the coroner said in a press release.

SLED and the Aiken County Coroner’s Office are conducting this investigation.

Capt. Abdullah declined to release dash-cam footage. “It is evidence,” he said.

Here is the ACSO press release: 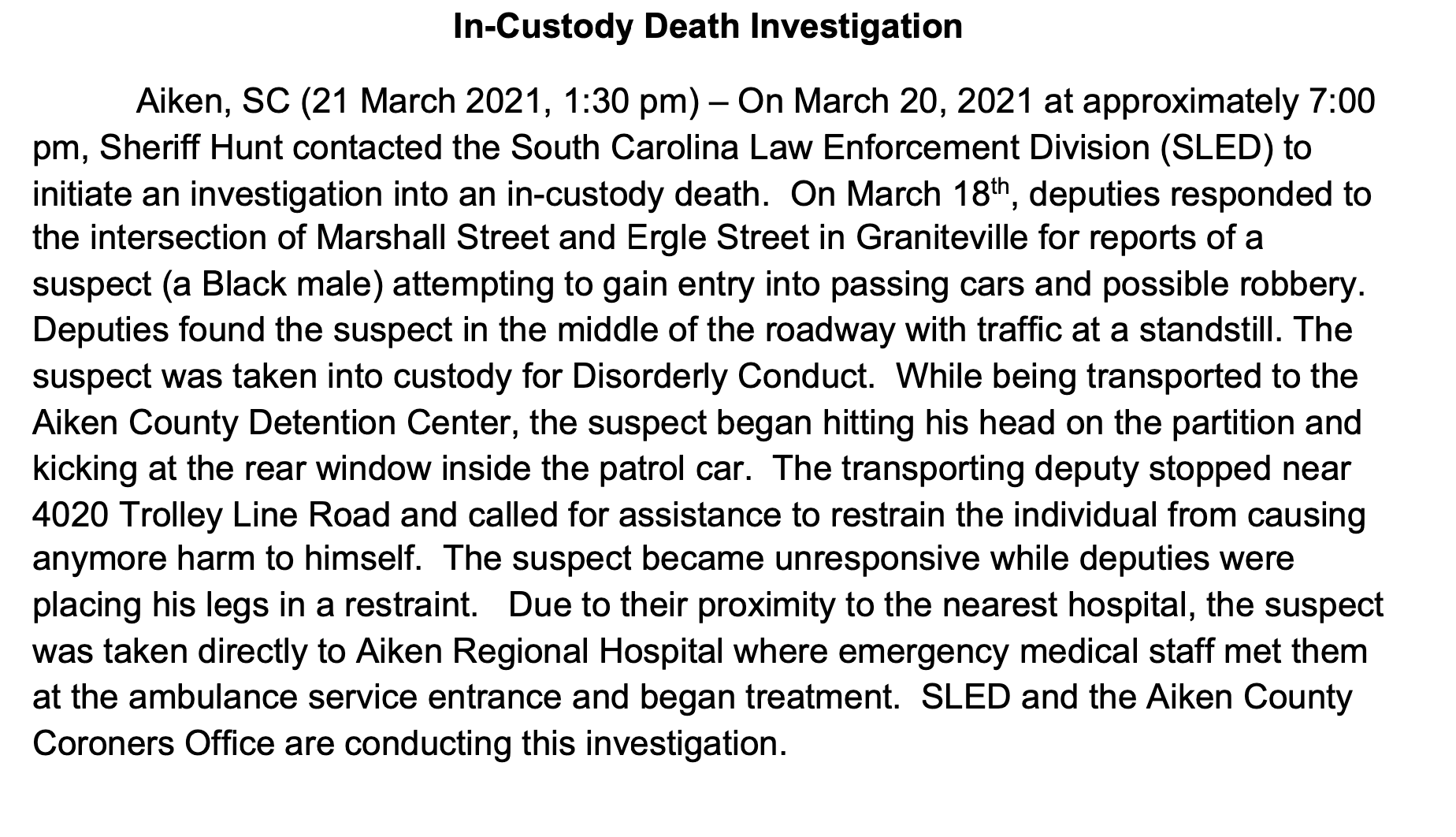 Here is the coroner’s press release: 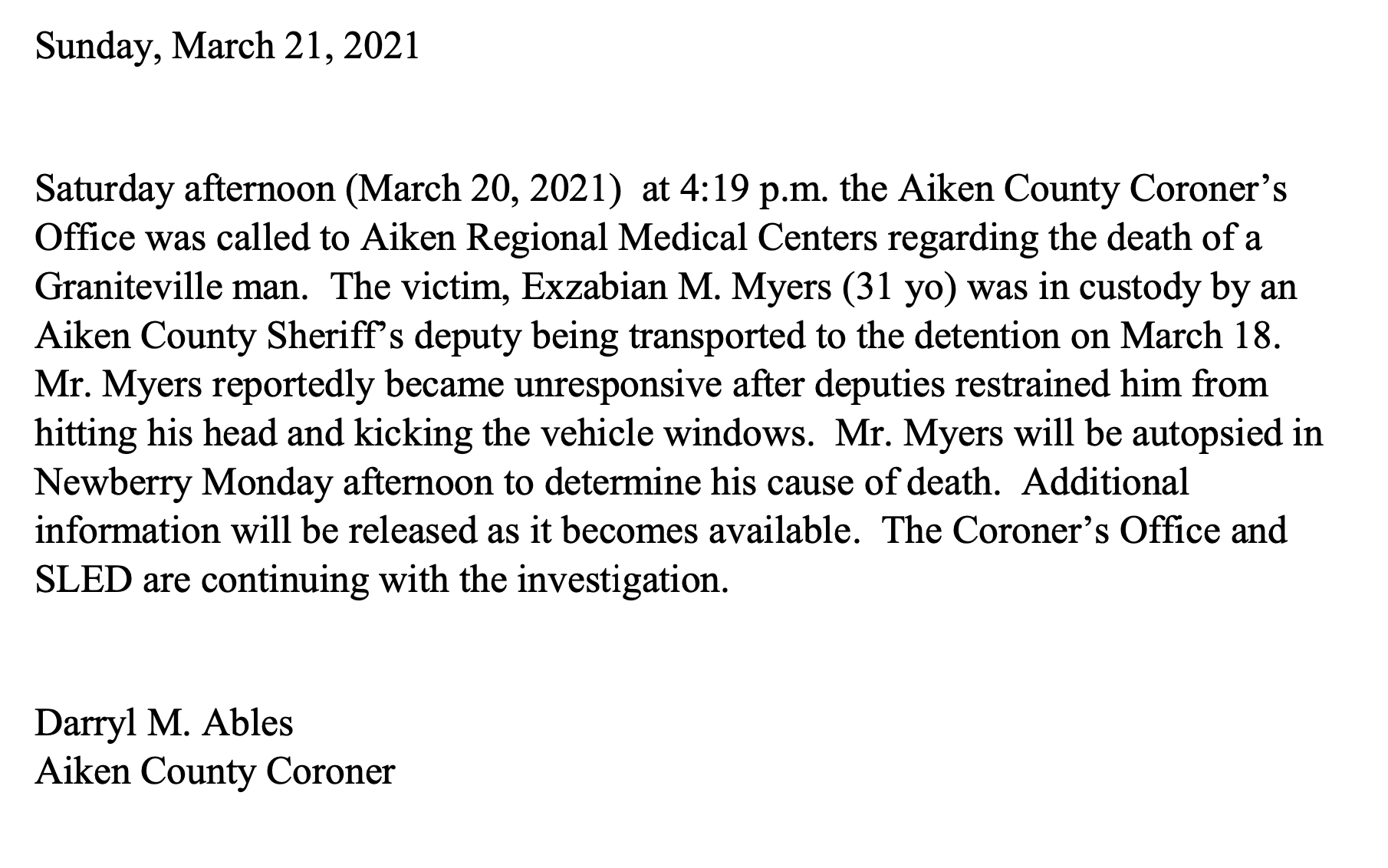