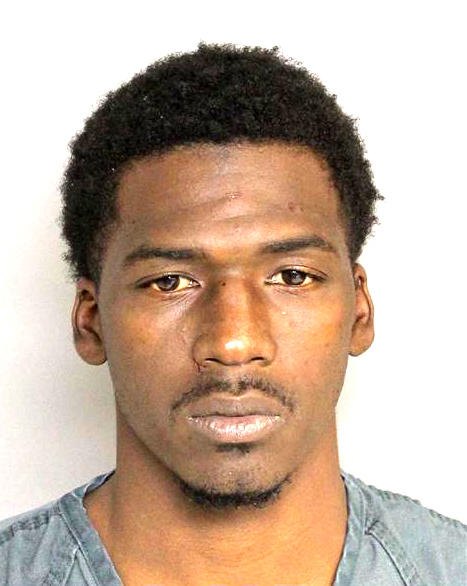 An Aiken man was captured following the robbery of the Clearwater Dollar General store late Monday.

Quarmaine Marquise Jones, 22, of Aiken, was charged with two counts of assault and battery  and one count of strong armed robbery.

Late Monday, a man with a gray hoodie came into the Dollar General store and demanded money. During this incident, the victims were physically assaulted by the subject when he struck them in the face while demanding money. The suspect fled the incident location prior to deputies arriving on scene, according to a press release.

The Aiken Bloodhound Tracking team and investigators were called to the scene to assist with the search of the suspect. A deputy patrolling the perimeter spotted a person matching the description of the suspect on Augusta Road. The suspect fled when the deputy attempted to make contact with him.

After a short foot pursuit, the suspect was caught near the 3800 block of Augusta Road. The Bloodhound Tracking team tracked the suspect to where he was being detained by deputies and recovered the stolen funds. The suspect was taken into custody and transported to the Aiken County Detention Center.

One victim was treated on scene by Aiken County EMS and the second victim was transported to an area hospital for treatment where she has since been released.