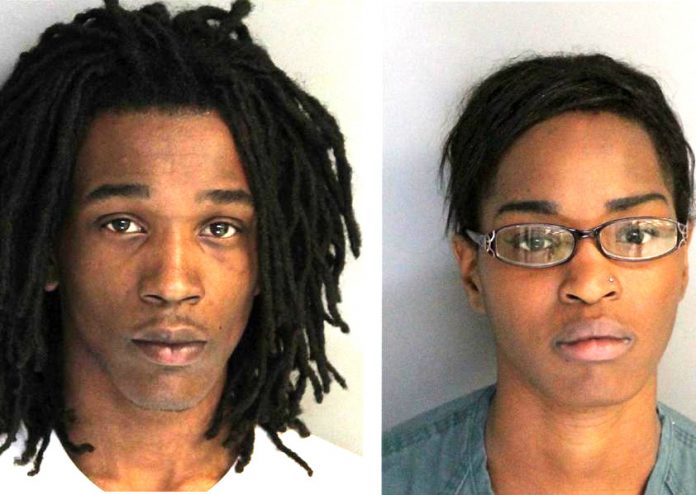 DEAD MOM SCAM IN AIKEN:
Aiken police arrested a man and woman for faking their mom’s death and begging for money to bury her. They had collected hundreds Wednesday before police stopped the scam, ADPS Detective Jeremy Hembree said.

Zachary Sims, 20, and Kendra Morris, 21, were charged with obtaining money by false pretenses and soliciting without a license. A third unidentified person is being sought.

The trio were soliciting money Wednesday from motorists along Fabian Drive in Aiken.  They carried signs saying they needed money to bury a family member, collecting cash in Halloween pumpkins.

“Upon speaking with the two individuals, each one provided a different name and funeral home of the alleged deceased person,” Hembree said. “Investigators contacted the funeral homes and there were no deceased people there by that name.”

Police say both names provided are not deceased, and one of the suspect admitted to the scam and to using the money to pay their bills.

The City of Aiken has an ordinance against individuals soliciting without first obtaining a license. The license ensures the individuals are representing an organization or have a legitimate cause for obtaining the money.