Aiken Teen Threatens to Blow Up WJBF-TV During Live Broadcast 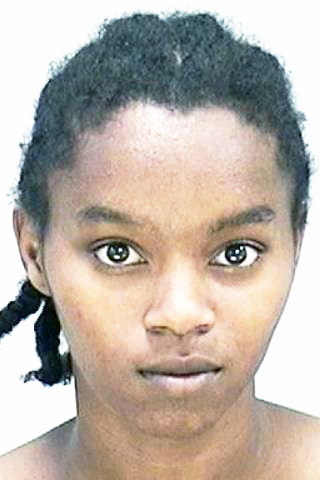 An Aiken teen has been charged with threatening to blow up the WJBF news station in Augusta, a threat she made during the middle of the live news feed last Saturday night.

Kalana Hammonds, 18, of Colleton Avenue, was immediately connected to the threat and arrested at home, a sheriff’s report says. She was jailed in Aiken early Sunday and extradited to Richmond County on Tuesday to face a charge of terroristic threats & acts.

Weekend Meteorologist Micah Rumsey told authorities that the TV station was in the middle of a live news feed in the 11 p.m. broadcast when the station received a message from the suspect saying “she was going to blow the station up with a bomb.” The sheriff’s office had K-9s brought in to clear the building of any potential threat.

At 2 a.m., the suspect was arrested in Aiken.

“When the deputies arrived at her residence, she still had the messages in her phone,” a report says.

This is one of many stories in this week’s edition of The Jail Report. Pick up your copy today. Here’s a look at the cover. 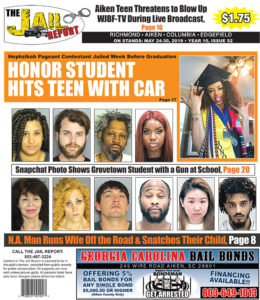