A Cross Creek High student armed with a knife and 10 bullets was arrested Monday when he threatened to blow up the school and shoot a teacher, authorities said.

Taveon Kennedy, 17, allegedly walked up to the school resource officer on Monday morning, telling the sergeant that NJROTC teacher Wayne Scott needed to die. He said the NJROTC teacher was lucky that he did not have his gun on him, authorities said.

According to arrest warrants, Kennedy is accused of walking around the campus saying he wanted to shoot a teacher and bring a bomb to blow up the school. A search of the student found him with a silver metal knife and several 9 mm bullets.

Kennedy was charged with two felonies, weapon on school property and terroristic threats and acts. He was taken to the Richmond County Detention Center under no bond.

In a letter to parents, Principal Sherri Darden said the student’s crimes were reported to school administrators and school officers.

“No students or staff were injured and the incident will be addressed following applicable state law and the Code of Student Conduct and Discipline,” Darden said.

She asked parents to speak to their children about school safety and the appropriateness of items they bring to school.

“Also, please remind them about the Richmond County School System Tip Line, 706-828-1077, which is always to receive and address their concerns about safety of our school, students and staff,” the principal said. 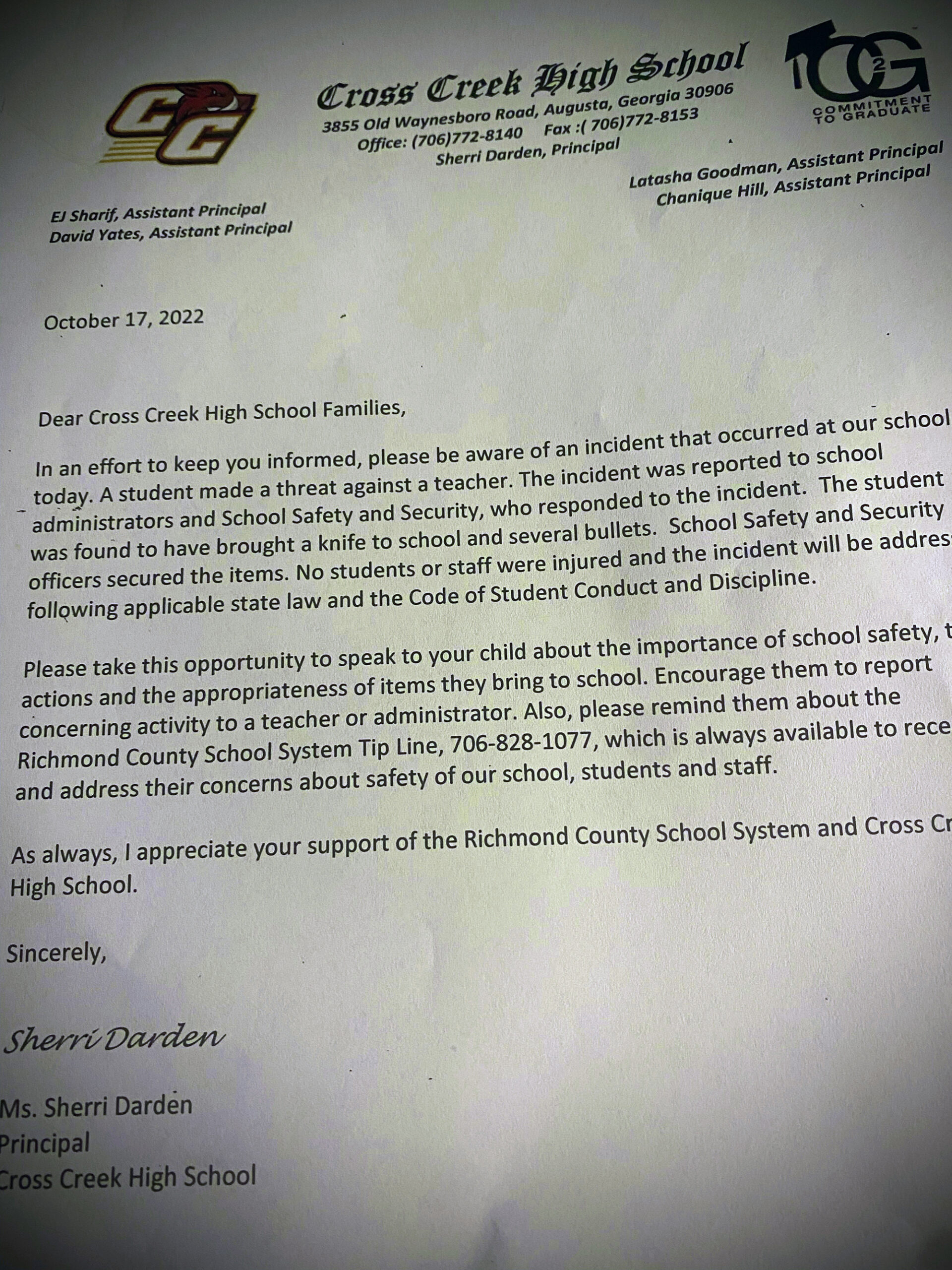