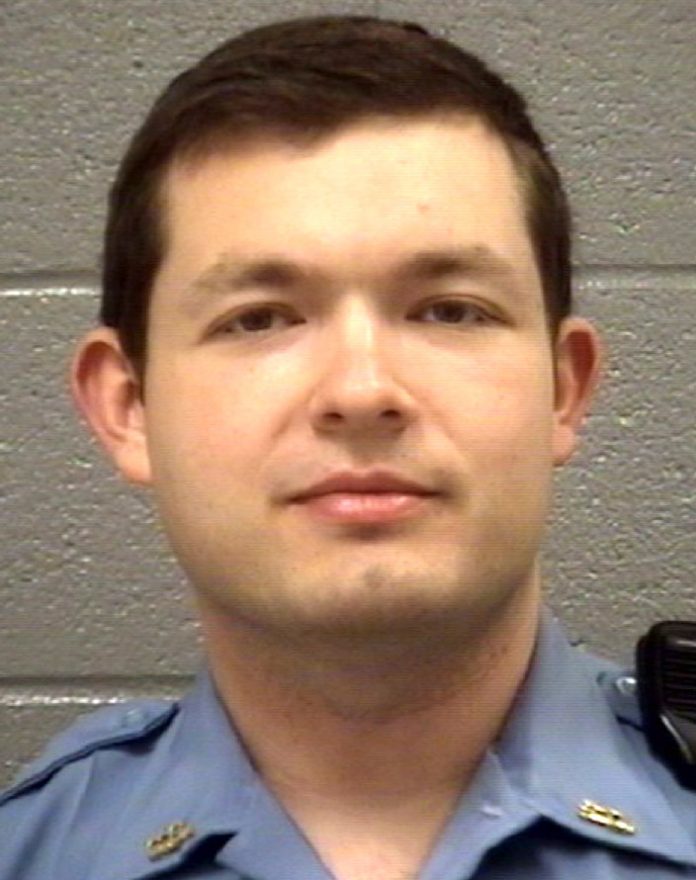 A Columbia County deputy was arrested for child cruelty and fired from the force Monday after a complaint that he bruised his 6-year-old stepson with a plastic hanger.

Columbia County Deputy Andrea Price observed injuries to her 6-year-old child and filed a report with her own agency. Sheriff’s investigators determined the injuries were caused by the woman’s husband, Aaron Price, who is the child’s stepfather and also a CCSO deputy.

The woman said the family had returned to their Evans home after soccer practice Thursday night. She said the child had received a bad report from his first-grade teacher for the day. So they told the child to go to his bedroom, and Mrs. Price talked to her husband about possible punishments, which included spanking, a sheriff’s report says.

The child’s mother stayed in the family room and later heard a single “cry out” from the victim. Mr. Price returned and told her the child had gone to bed after he spanked him.

The next day, the child’s grandmother told Mrs. Price to come to her house, where she showed her the child’s bruise. A sheriff’s report describes it as “a visible injury to her son’s lower back and right buttocks/thigh.”

Mrs. Price said her son advised that he was struck with a brown plastic clothing hanger.

Deputy Aaron Price, 32, was arrested for cruelty to children Monday for causing excessive physical and/or mental pain, according to a press release. Bond was set at $25,000.

Sheriff’s Maj. Steve Morris said the arrested officer was also fired from the sheriff’s office, where he has worked since Sept. 17, 2010. The Department of Family and Children Services was notified of the case.