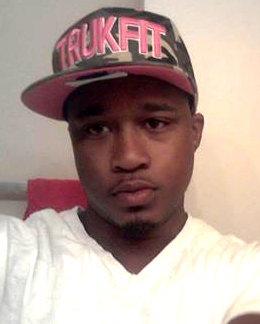 Richmond County authorities have made an arrest in the overnight shooting that killed an Augusta man and injured three others.

Sheriff’s Capt. Calvin Chew said they are not naming the murder suspect “due to the ongoing investigation.”

About 11 p.m. Sunday, deputies were dispatched to a shooting at 1013 Carrie Street. When they arrived they found the body of 29-year-old Quintroy Roberts.

An Augusta man was fatally shot in the head Sunday night in front of 1013 Carrie Street, authorities said.

Chief Deputy Coroner Kenneth Boose Sr. said 29-year-old Quintroy Roberts (pictured) was shot at least once in the head and was pronounced dead at 12:03 a.m. Monday.

Richmond County Sheriff’s Sgt. Shane McDaniel released no information on a possible motive or suspect in the case.

“Information is very limited at this time,” he said in a press release at 1 a.m. Monday. “Further details will be forthcoming as soon as they are available.”

Friends of Roberts are already remembering him on his Facebook page, where the victim had photos of himself and his children.

“R.I.P. Troy! Dam, it’s a dirty DIRTY world we living in but God have all CONTROL!” said Nyarko Turner.

Last Thursday, the victim posted a message about family on his Facebook page: “Missed my baby girl. Ain’t nothing more important than family. u don’t know what you got until it’s gone. family first.”