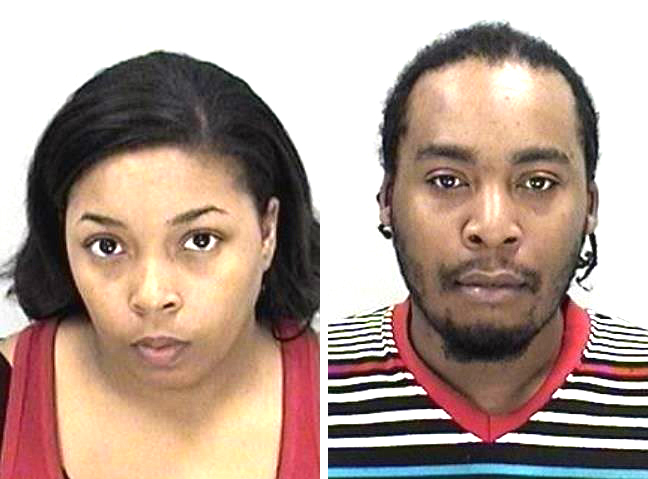 Two young children have been removed from an Augusta home after deputies found the residence infested with roaches and signs of drug use and knives lying all around, authorities said.

Tiffany Lee, 26, and Demikels Cooper, 28, of Bowen Drive in Augusta, were each arrested Sunday and charged with two counts of deprivation of a minor.

The case started because the couple’s 4-year-old boy got outside, climbed a gate without shoes and knocked on the neighbor’s door. They called 911. When deputies took the boy home, no one answered multiple knocks to the door but Mrs. Lee was later found inside sleeping with a 15-month-old girl awake in a baby bed.

Mrs. Lee said she thought the children’s father was watching the 4-year-old boy, but Mr. Cooper later told cops that he had left to do errands for his mother.

Meanwhile, the deputies were shocked at the condition of the home. According to the deputy’s report, this is what the officer observed:

* Roaches running everywhere, especially in the bedroom where the parents and the children slept

* Dirty clothes piled in most rooms

* Numerous knives lying around the residence

* Signs of marijuana use

Officers called the Department of Family and Children Services (DFACS), and a social worker asked officers to document the horrible conditions with photographs. The children were turned over to their grandfather and the parents were taken to jail.