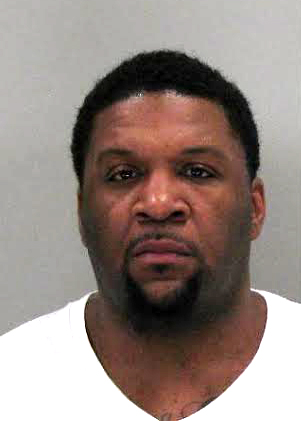 An Augusta man was charged Friday with first-degree child cruelty after beating his stepchildren with a belt and leaving bruises, according to a report.

The beatings by 32-year-old DeJesus Gardner were discovered when officials at Langford Middle School found his 13-year-old stepdaughter crying in a restroom last Thursday. The girl said her stepdad had beaten her in the back, arms and legs with a belt causing bruising as well as open wounds, according to a sheriff’s report.

School officials brought the girl’s sister into the office, and she said Gardner hit her with the belt across her arms too.

During the beatings, Gardner forced the 13-year-old girl to take off her clothes. The stepdaughter said she removed her shirt and had it hanging around her left arm when Gardner struck her two more times with the belt, a report says.

A sheriff’s deputy observed bruises on the arms of the older 14-year-old sister and the bruises and cuts on the younger girl’s arms, hands, legs and back. The Department of Family and Children Services was notified and responded to the school.

Gardner, of the 2000 block of Willhaven Drive,  was arrested Friday and remained in jail Monday under no bond. The sheriff’s report does not mention where the children’s mother was during the beatings.