The Aiken County Coroner’s Office reported the death of a local father who was involved in a motor vehicle crash on Brier Patch Lane in Warrenville. 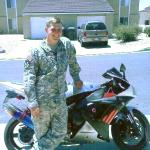 That victim has been identified as 31-year-old Kyle R. Boswell of Augusta, according to Aiken County Coroner Darryl Ables.

“It was determined Mr. Boswell was a passenger in a side by side all-terrain vehicle that was traveling on Brier Patch Lane when the vehicle overturned, ejecting Mr. Boswell,” Ables said. in a press release. “Mr. Boswell death was due to blunt force trauma. The South Carolina Highway Patrol and MAIT is continuing the investigation.”

Note: The Jail Report will be published ONLINE ONLY this week. You can read it on your phone or computer. To buy it Friday, go to thejailreport.com