Donnell Graham, 27, of the 1700 block of Essie McIntyre Boulevard, Augusta, was killed in the shooting behind a Pizza Hut on 2802 Wrightsboro Road.

A responding deputy found Graham in the driver-side seat of a 1994 Grand Marquise. He was suffering from at least one gunshot wound and was rushed to the Augusta University Medical Center, where he was pronounced dead at 11:15 p.m. Tuesday.

The sheriff’s office has not announced an arrest or possible motive in the case.

Graham was remembered online by his brother as “one of the funniest” and “most caring” people who was loved by everybody.

To read online issues of The Jail Report, become a supporter of our Facebook page for access at just $4.99 a month. 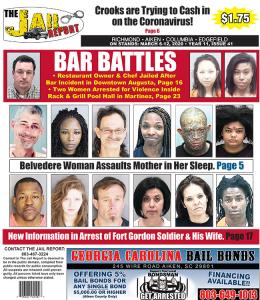