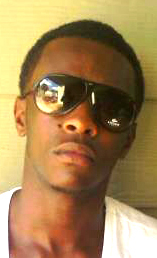 An Augusta man was shot and killed late Friday, but the person suspected of shooting him has not been charged, authorities said.

Lamar King, 27 (pictured), was found with a gunshot wound to the chest when deputies were dispatched to 1814 Fayetteville Drive just before midnight Friday. King was rushed to GRU Hospital, where he later died.

Sheriff’s Sgt. Monica Belser said King’s shooter was taken into custody and interviewed by investigators but not charged. The shooter’s name was not released.

“Based on the information obtained by witnesses, no charges have been filed at this time. Investigators have been in contact with the District Attorney’s Office regarding this incident and the investigation is still ongoing,” Sgt. Belser said. “More information will be released as it becomes available.”