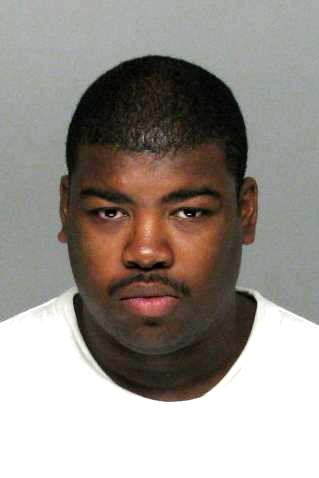 Antonio Riley, 24, was in a violent argument with the child’s mother at #24 Thornberry Drive when the mother fled the residence, sheriff’s Sgt. Michael McDaniel said in a press release.

The female victim, 24-year-old Shakoria Edwards, said Riley pushed her against the wall as she was attempting to leave. As she fled, she heard what sounded like a semiautomatic handgun slide rack back.

Deputies responded to a call for help and reported hearing Riley tell them from inside of the residence that he would “kill his child if anyone entered the residence,” Sgt. McDaniel said.

“Deputies followed Sheriff’s Office protocol by securing the scene. After a few minutes, Riley opened the front door and exited surrendering without incident,” the sergeant said.

Deputies later discovered that Riley’s mother talked him into surrendering and the child was located safely inside. A .40 Caliber Smith & Wesson was located in a basket under some clothes.