Augusta Man Who Was Found Naked & Bound: ‘I Thought I was Going to Die Today.’ 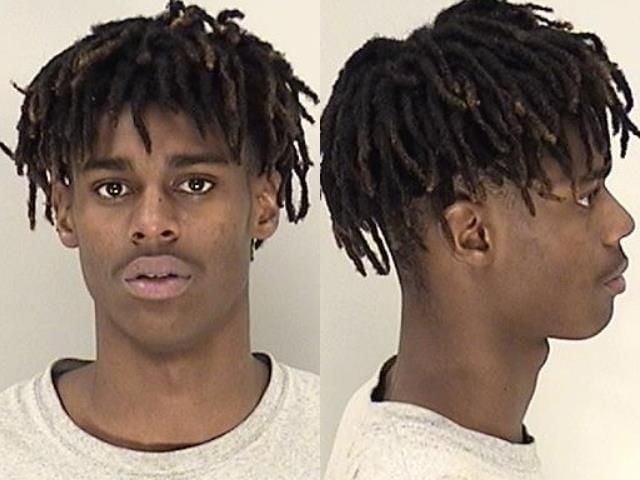 The three young men seemed “cool” because they knew his cousin, so William Stokes invited the trio into his Augusta home.

But they weren’t “cool.”

The armed thugs eventually forced the 39-year-old man to get naked, remove his gold teeth and sit with his wrists tied and a pillow case over his head, according to a sheriff’s report. The suspects then robbed Stokes of his TV, his rifle, his gold teeth, and other belongings.

“I thought I was going to die today,” Stokes told authorities on Tuesday. “I have never been so humiliated in my life. I was forced to plead for my life and say ‘yes sir’ and ‘no sir’.”

In the end, one of the suspects was found near a dog house in the same neighborhood. He was identified as 17-year-old Tyriq Kelly of Jonathan Circle.

The other two suspects have not been identified, according to the sheriff’s report.

Kelly is being held in the Richmond County Jail under charges of kidnapping, armed robbery and weapon possession.

HERE IS THE STORY that the victim told authorities about his harrowing experience:

Stokes invited the three suspects into his residence early Tuesday because they knew his cousin. But immediately, the suspects began acting “shady.” They had arrived there in a black Jeep Liberty. When Stokes asked them about the Jeep Liberty, one of the suspects confessed that they had “got one over” on a car rental business and never returned the vehicle.

Stokes told the group that he is a family man and didn’t want them or the stolen vehicle near his home. He asked them to leave because he had to pick up his daughter from elementary school at 2:50 p.m.

But the trio ignored him and asked him about any weapons he may have in his home. Stokes said he only had one “real gun,” a .22-caliber Remington 16-shot rifle. Stokes showed one of them the rifle and they took it. After an argument over whether the weapon was real, one of the suspects pulled out a handgun and pointed it at the victim.

The armed suspect ordered Stokes to enter the back bedroom, take off all of his clothes and hand over his gold-teeth grill.

“The victim stated he pleaded for his life, at which time the suspects tied his wrists together and placed a pillow case over his head,” a report says. “He was told by the suspects to walk towards the bathroom, at which time he told them that he could not see where he was going.”

“Nigga, we’ll guide you!” the suspect said, hitting Stokes in the back of the head with the gun.

In the bathroom, Stokes was forced to lie down inside of the bathtub.

It was only the quick work of Deputy Allen Crispin that led to the discovery of Stokes in his home, bound and naked. Deputy Crispin was patrolling the area of Young Forest Drive and Rhonda Drive on Tuesday in attempt to prevent burglaries. That’s when he saw Tyriq Kelly in the back yard of a game, running. His pursuit led to Kelly’s arrest.

Next, an anonymous person told deputies that Kelly and two others were seen running from the back of a home on Gerald Drive.

Sheriff’s Lt. Robert Silas and Lt. Elijah Parker responded to the home and found an open rear door. What they found inside was shocking!

They discovered Stokes, in distress – nude, with his wrists did together and a pillow case covering his head.

Lt. Silas took action immediately by cutting the victim free and calling for EMS. But the victim didn’t appear to have any visible injuries and refused to go to the hospital.

One Stokes looked around, he realized that the robbers had taken his TV, his wallet and his rifle. He told authorities that the men also took his pride.