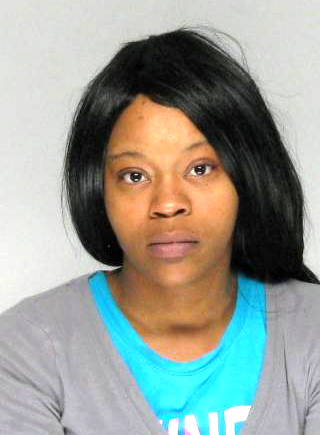 An Augusta mom left her five children at home alone, a fact revealed when her 10-year-old went to school by herself and alerted a school officer

Sherry L. Brown, 28, was charged with five counts of contributing to the delinquency of a minor, according to Sgt. Michael Shane McDaniel Sr.

On Friday morning, deputies were called to T. Harry Garrett Elementary School where a 10-year-old girl had told a school officer  that she had been left unattended by her mother the night before as well as her four younger siblings.

Investigators learned that Brown left her home at Lake Olmstead Homes at 10 p.m. Thursday, putting her 10-year-old daughter in charge of the four younger children.

Friday morning, the older child went to school and left the three youngest children (ages 4, 5, and 6) with the 8-year-old child, all still at 2169 “F” Court. After 15 minutes of Richmond County Sheriff’s Office investigation into this incident, Sherry Brown returned home to 2169 “F” Court, Sgt. McDaniel said.

Brown was then arrested and the children were placed into the custody of the Department of Family and Children Services.