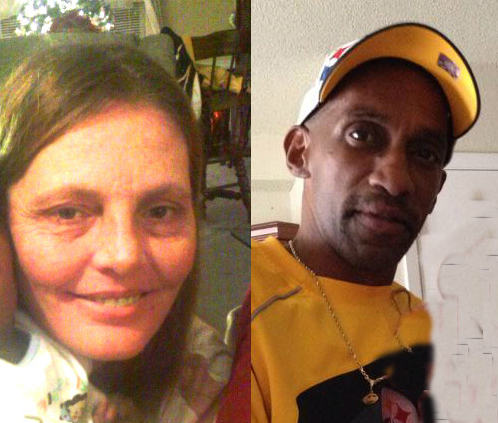 Investigators have a real mystery on their hands in last week’s house fire in which an Augusta man was found dead inside and his girlfriend suffered horrific burns to most of her body.

The mystery: Karla Harter (left picture) came running out of the burning home at 3625 Crawfordville Drive and was claiming to be a victim.

“The lady came out of the fire saying her husband set her on fire,” said Kenneth Boose, chief deputy of the coroner’s office.

But sources tell The Jail Report that boyfriend Henry Jefferson III, 51, (right picture) was found dead with stab wounds. That is leading investigators to look into another theory: Did the girlfriend stab her boyfriend, set the house on fire and accidentally burn herself in the process?

“The fire was definitely a suspicious fire,” Boose said. “It was intentionally set.”

Boose said the Jefferson’s death and circumstances surrounding the fire are still under investigation. “Nothing has been ruled out,” he said.

Meanwhile, Harter continues to fight for her life at Doctors Hospital after suffering third-degree burns.