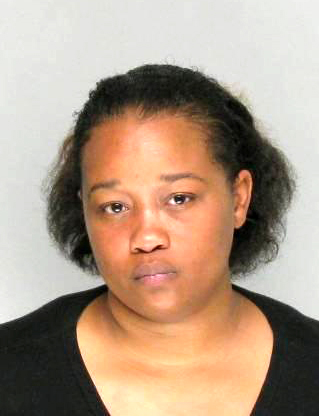 A nurse at an Augusta nursing home was arrested Wednesday for assaulting a 67-year-old resident with Alzheimer’s, authorities said.

Lashanda Johnson, 32, is accused of pushing the victim back into her bed inside her room at “The Place at Deans Bridge,” causing her to head to hit the bed and leaving a bump, according to a sheriff’s report.

A video shows Johnson waking the resident up about 5 a.m. Monday so she could change the bed sheets. When the woman started fighting with the nurse, the suspect “pushed her back into the bed,” the report says.

“The suspect then told the victim that she would knock her ugly a** out if she hit her again,” the report says.

The victim is an Alzheimer patient at the Dean’s Bridge Road nursing home and doesn’t know anything that occurred. But a bump on the patient’s head was spotted by someone else and reported to the sheriff’s office.

Johnson was arrested Wednesday and charged with simple battery and failure to protect a disabled adult or elder person.