“As a Christian I felt called to use my abilities to remove the graffiti,” said Daniel Sikes, owner of Sikes Pressure Washing. “The person who vandalized the property used God as their reasoning, but I do not believe that is what God would have wanted.”

The graffiti at the church depicted crossed-out Jewish Star’s of David and a message that read “God will not be mocked.” The church found it last Saturday morning and left it up for a week to prompt a dialogue about compassion and acceptance. They also invited the unidentified vandal to attend church services anonymously.

“When we say we respect the inherent worth and dignity of every person, there are no exceptions. We mean every person,” Church President Andy Reese told WRDW-TV.

Sikes said it took about the companies three hours to complete the removal process and would have normally cost $600. He said someone mentioned his company in a post about the graffiti, and Sikes felt called to offer the free service. (Sikes Pressure Washing provides free estimates by calling 706-755-5730.)

The sheriff’s office is investigating the vandalism, and the story has sparked talk of hate crime legislation. Georgia is one of four states that doesn’t have hate crime laws.

The Peach State once had a hate crime law on the books. However, it was removed in 2004 for being “unconstitutionally vague.” 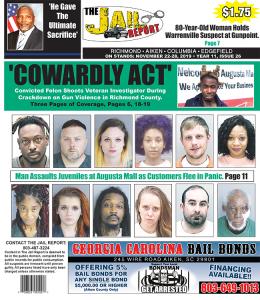