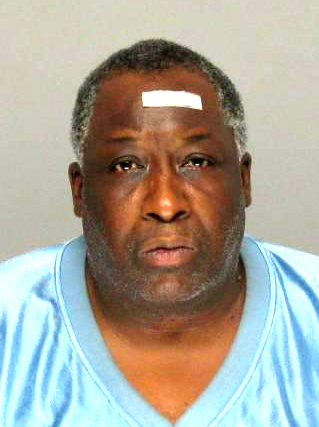 A convicted sex offender was arrested Wednesday on accusations he tried to have sex with his 9-year-old granddaughter inside the Augusta hotel where he lives.

David DeLardge, who was convicted in 2006 for enticing a child for indecent purposes, was left alone with his 9-year-old granddaughter and three other children while the girl’s mother and her fiance went to the store June 27, according to a sheriff’s report. But the three other children left the room at Motel One on Gordon Highway, and that is when DeLardge allegedly attacked the girl.

The victim said her grandfather molested her and tried to have vaginal intercourse with her. When that didn’t work, the 390-pound man took the girl to the bathroom and forced her to perform oral sex on him before again trying to have regular sex, a report says.

The girl told her mother’s fiance about the abuse when the couple returned, but they did not immediately report it to police “because they thought they would have their children taken away,” a report says. A DFACS worker reported the incident to the sheriff’s office, leading to Wednesday’s arrest.

DeLardge, 53, has been charged with aggravated child molestation and incest. He is currently being held without bond in the Richmond County Jail.

HIS PAST: Court records show he pleaded guilty in May 2006 to enticing a child for indecent purposes from a 2005 incident. In that case, he flashed money at a 9-year-old girl who lived in his apartment complex to get her inside his apartment. Once inside, he put his hand up her shirt and began rubbing her, ordering her not to tell anyone.

DeLardge was sentenced to three years in prison, but a judge gave him credit for the time he spent in jail awaiting trial and released him on 12 years of probation.