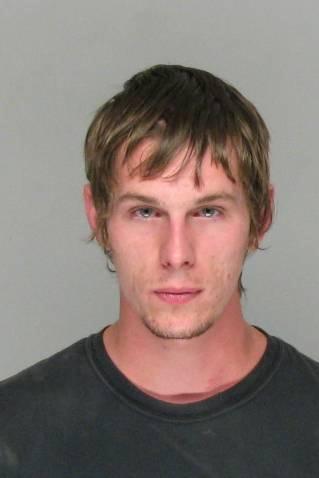 A student at Augusta Technical College was caught with a semi-automatic rifle on campus this week.

Adam Reeves, 21, remains in jail today on a felony charge of having a weapon on school property.

Reeves was caught with the rifle and a 30-round magazine in his Ford Mustang on Monday night while taking a class break, authorities said.

“He said he had gone to the firing range a few days before and had forgot it was there,” ATC Officer Jerri Jennings-Joly told The Jail Report.

A warrant describes the weapon as a black DPMS AR-15. The AR-15 was found on the back seat of a blue Ford Mustang and the magazine was in the passenger seat.

Reeves was reportedly smoking with a classmate inside a car parked in the front of the college’s 700 building. Someone called the sheriff’s office about a suspicious vehicle and an instructor called campus police when they saw deputies confronting the students, Officer Jennings-Joly told The Jail Report.

“We usually don’t have such problems from here,” Officer Jennings-Joly said.

The rifle was confiscated and turned over to the sheriff’s office for evidence.

Reeves remains in jail without bond. The student has been suspended facing a meeting with the vice president of student affairs.

An anonymous reader contacted The Jail Report to complain that ATC faculty were not properly notified of the incident. Campus spokeswoman Bonita Jenkins said there was no reason to notify the entire campus or faculty.

“No one was put under a threat,” she said. “But our top priority is safety.”