Investigators were able to identify Taylor as being involved in the Murder of DeAngelo Burns.

Taylor has warrants on file with the Richmond County Sheriff’s Office for Murder. Taylor is to be considered armed and dangerous, authorities said. So use caution if approached. 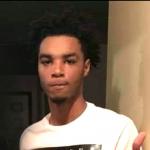 Taylor hangs out in the areas of the Dogwood Terrace Apartment Complex and the Apple Valley neighborhood.

Deangelo “Deeman” Burns, 17, of Smith Drive, was shot on the 3000 block of Abelia Drive, and he was driven to Circle K on 2822 Peach Orchad Road. He was pronounced dead at 9:50 p.m. Friday, Coroner Mark Bowen said in a press release.