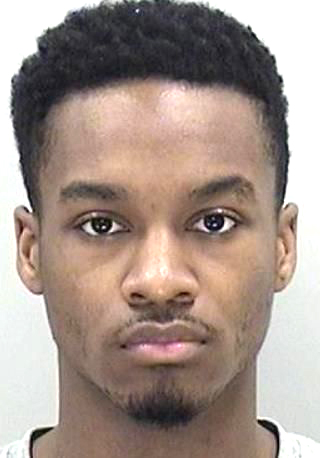 An Augusta teenager has been charged with three offenses related to a sexual relationship with an underage girl, authorities said.

D’Angelo Shanza Bridges, 18, of Apple Court, Augusta, was charged Wednesday with child molestation and two counts of statutory rape, according to booking records.

A sheriff’s report says Bridges allegedly had sex with a 14-year-old girl. The girl’s mother called authorities in March saying that her daughter had confessed to having sex with Bridges on two occasions, March 15 and March 22.

An investigation led to arrest warrants against Bridges and he was picked up by deputies on Wednesday.

In Georgia, anyone who engages in sexual intercourse with a person under the age of 16 can face charges for statutory rape, even if the other person consents to the act.

Under Georgia law, in order to convict a person for statutory rape, the prosecutor need only prove:

A person can be convicted of statutory rape even if the child initiated, agreed to, and fully understood the nature and consequences of the sex act.

Statutory rape is punished more severely if the defendant is over the age of 21.

Keep in mind that engaging in any sexual activity by force or without the other person’s consent can result in charges for sexual battery or assault, no matter what the age of the other person.

Romeo and Juliet Exception:  Named after Shakespeare’s young lovers, “Romeo and Juliet” exceptions are intended to prevent serious criminal charges against teenagers who engage in consensual sex with others close to their own age. Statutory rape is punished less severely in Georgia when:

Belief in the victim’s age. In Georgia, it is not a defense to a charge of statutory rape that the defendant believed the child was over the age of 16, even if the defendant’s belief was reasonable. (Haywood v. State, 642 S.E.2d 203 (Ga. Ct. App. 2007).) For example, even if a 15-year-old girl looked like and said that she was older than 16 years old, that would not provide a defense to statutory rape.

Marriage. It is a defense to a charge of statutory rape that the child and the defendant are married. (Ga. Code Ann. § 16-6-3.) This defense is a vestige of the marital rape exemption.

No one can be convicted of statutory rape based solely on the testimony of the victim. There must be some other evidence to corroborate (support) the charge.

Corroborating evidence may be slight and circumstantial and may include prior statements by the victim. It is up to the jury to decide if the victim’s testimony has been corroborated.

For example, if a 15-year-old boy tells two of his friends that he has engaged in sexual intercourse with an adult and those two friends testified at trial, their testimony could be sufficient to convict the defendant of statutory rape.

People in Georgia who are convicted of statutory rape are required to register as sex offenders if they are over the age of 21 when the offense is committed. Registered sex offenders are required to give personal information to local police officers on a regular basis and face many restrictions, including holding certain jobs and even going to certain places in the community.