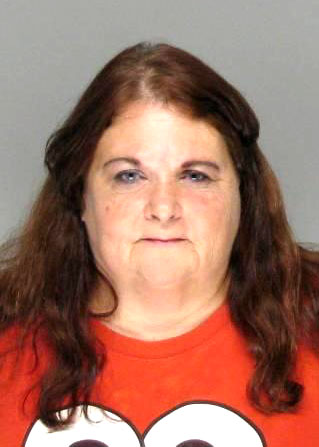 A 2-year-old girl and her 4-year-old sister were found wandering an Augusta street Thursday morning in only T-shirts and underwear and their grandmother later confessed that she forgot about them when she left for a doctor’s appointment.

The girls are safe, but 53-year-old Brenda Morgan has been arrested on two counts of deprivation of a minor, according to a sheriff’s report.

A woman driving on Meadowbrook Drive just before 12 noon Thursday saw the girls in the road and stopped to help them and call 911. A deputy arrived and asked the older child where lived. The girl pointed to 2608 Meadowbrook Drive and said “Nana’s house.”

The deputy tracked down relatives of the girls, who called Morgan and the children’s mother. When Morgan arrived at the home, she was “very upset and crying hysterically,” a report says.

She said her daughter dropped the children off Wednesday afternoon and she was going to watch them until Saturday while the mother worked, a regular routine. Morgan told the officer that the children usually sleep with her in the living room, but they slept in a back bedroom on Wednesday night.

Morgan said she got up on Thursday morning and left for a doctor’s appointment “forgetting that the children were in the back bedroom,” a report says.

Deputies notified DFCS officials and the children were turned over to their mother. Morgan was transported to the Richmond County Detention Center, and she has since been released on bond.