Augusta Woman Punches EMT Worker on Ambulance Ride; She Demands to Go to Jail & Gets Her Wish!

An Augusta woman punched, scratched and choked an EMT worker on Thursday night during her ambulance ride to Doctors Hospital, authorities said.

Luz Rosario, 40, was angry and kept yelling at EMT Doris Mitchell that she wanted to go to jail, according to a sheriff’s report.

Once they arrived at Doctor’s Hospital, Rosaria started punching and scratching the paramedic and then choked her, the report says. Doctor’s Hospital Security was able to separate the two of them and held Rosaria in the ER room until sheriff’s deputies arrived.

Hospital staff said Rosario could be discharged or held as a “psych patient” since she was brought in for a mental evaluation.

“We attempted to have Rosaria admitted as a Psych patient, however she then attacked the hospital security staff, telling them ‘I will not (calm down) until I go to jail,” a report says.

So authorities took her to jail for obstructing an emergency technician with violence, a felony.

For more crime news, pick up today’s new edition of The Jail Report, sold in local gas stations for $2.00. 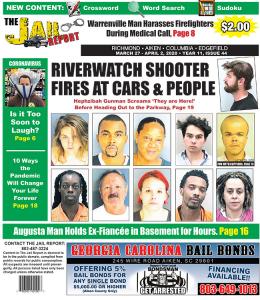