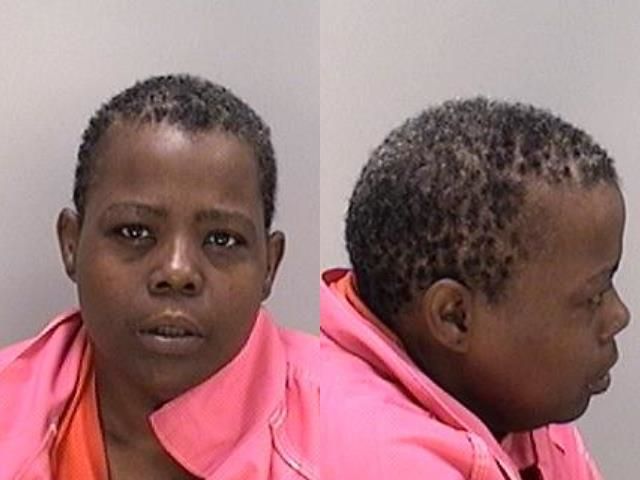 An Augusta woman poured boiling water down her husband’s neck and chest during an argument last week, sending the victim to Doctors Hospital with first- and second- degree burns, authorities said.

Angela Bell, 43, was furious with husband Frank Bell last Thursday night for making her special-needs daughter help him cut the grass for her swimming pool. Mrs. Bell had been drinking and her husband suggested she go to bed and they talk again in the morning when she was sober.

But his wife only grew angrier at that suggestion, and she ordered her 15-year-old daughter to go get a knife and stab her stepfather in the back. The girl obeyed her mother and got the knife, but Mr. Bell was able to take it from the teen before he was harmed, a sheriff’s report says.

The fight continued and Mr. Bell locked himself in the bedroom. But his wife grabbed some boiling water that was cooking eggs in a little red pot on the stove.

Someone called deputies, and they found Mr. Bell walking in the street near the residence with serious burns.

The suspect told officers that she poured the boiling water on her husband in self-defense, claiming he hit her repeatedly with a broom handle. But she had no injuries. While interviewing her, Mrs. Bell was belligerent to deputies and cursed at them, a report says.

DFACS officials took custody of the juvenile daughter and then turned her over to an aunt. Deputies took Mrs. Bell to jail on charges of aggravated assault and cruelty to children since the teenage daughter witnessed the family violence, according to an arrest warrant.