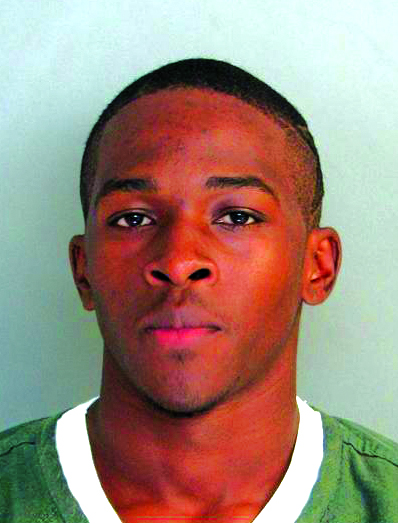 AIKEN, SC — The first day of Stephon Carter’s death penalty trial started off badly as court officials banned all media representatives from the courtroom, a move one legal expert is calling “blatantly unconstitutional.”

As 200 jurors reported to the Aiken County Courthouse for jury qualifications in the cop-killer case, security officials told reporters to wait outside because there was no room for them. The reporters were then strung along throughout the day by court officials with promises of entry into the high-profile trial.

“Representatives from several news agencies remained in the lobby outside the courtroom Monday,” Aiken Standard reporter Teddy Kulmala reported in his day one wrap-up. “Reporters were told Monday morning that space was limited in the courtroom, and to return after 2:30 p.m.

“Just after 3 p.m., the potential jurors returned to the courtroom and reporters were told there was space in the courtroom, and that they could enter during the next break; however, court did not break the rest of the day.”

Media representatives cannot be banned from any part of trials and space must be made available, according to legal experts. Media attorney David Hudson said their actions on Monday were “blatantly unconstitutional.”

Jury selection is scheduled to last about three days while the entire trial may take a month to complete.

Carter was a passenger in a Chevrolet Impala that was pulled over on Dec. 20, 2011, by Griffin on Brandt Court after shots were reported at another location a few minutes earlier.

Shortly after the traffic stop, Richardson and Sgt. Tracy Seymour arrived to help. That’s when Carter allegedly got out of the car with his hands in his pockets and pulled out a .38-caliber Rossi revolver and fired.

Carter was also shot and was hospitalized until Jan. 3, 2012.

At an earlier hearing, Solicitor Strom Thurmond Jr. said other handguns were found in Carter’s black Impala. He said the bullets recovered from Griffin’s vest and Richardson’s body were 38-caliber, matching Carter’s handgun.