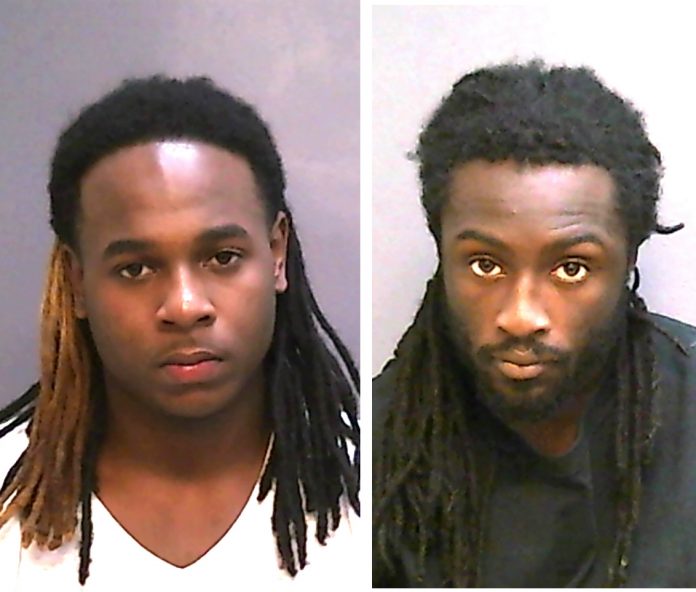 “Around 12:37 pm Tuesday, a man walked into the Regions Bank on West Avenue in North Augusta and presented a note to a teller stating he had a gun and wanted all the money in the drawer. The teller did as she was instructed and the robber turned and walked out as inconspicuously as he entered.

Bank employees watched him get into a silver Dodge Nitro headed north on West Avenue. Officers responding to the call observed a vehicle matching the description in the downtown area and attempted to stop it. The vehicle accelerated and failed to stop.

Public Safety pursued the vehicle across the 13th Street Bridge into Augusta where Georgia law enforcement resumed the pursuit. The suspect vehicle eventually made a left turn headed back into South Carolina across the 5th Street Bridge. North Augusta Public Safety once again engaged in the pursuit along with the Aiken County Sheriff’s Office and South Carolina Highway Patrol. The suspect vehicle was pursued onto Highway 421 and soon ended in peaceful surrender at the intersection of St. John’s Road and Legion Road in Warrenville.

During the chase, money believed to be from the bank was thrown out of the speeding car. The suspect vehicle was occupied by two black males identified as the driver, 22-year old George D. Oakman III (left picture) from Warrenville and 26-year old bank robber, David L. Cassell from Aiken (right picture).

Both men were arrested on the spot and transported back to Public Safety Headquarters for further interrogation. Both will be charged with Bank Robbery and the driver of the getaway car, Oakman, faces a Failure to Stop for Blue Lights & Siren as well.

No one in the bank was injured during the robbery. The teller obviously shaken by the event was counseled by fellow employees of the bank.”