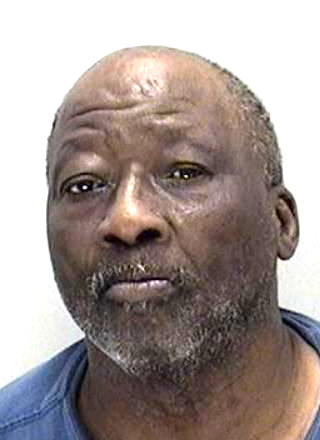 An elderly Augusta man was arrested Wednesday after his sister’s 3-year-old grandson was found wandering a quarter-mile from the home where the suspect was supposed to be watching the boy, authorities said.

Nathaniel Kennerly, 71, of Griggs Court, had agreed to watch the toddler Wednesday morning while his sister was doing errands, according to a sheriff’s report. But the boy was later found with no shoes or socks, only pajamas, on Arcadia Drive near Lumpkin Road.

A teen walking to school found the boy walking alone at 6 a.m. and called the sheriff’s office. The 3 year old could not say his name or address, so additional deputies were called to canvass the area.

Kennerly told deputies his sister was the boy’s grandmother and she said that she was leaving the child in his care while she went to pay some bills.

“I asked Nathaniel several times if he understood that he was in charge of the child’s care and he stated yes he did understand that,” the deputy wrote in his report. “We also asked him how the toddler had gotten out of the house without him knowing it and asked why he had not called 911 when he found him missing.”

Kennerly told deputies he thought the boy might have gone outside after his grandmother, but he could not explain why he wasn’t concerned and had not gone after the child.

“Nathaniel had no explanation for his lack of action,” the deputy said.

The grandmother was later found at Carrie May Community Center and the boy was turned over to her. Kennelly was arrested for deprivation of a minor, a misdemeanor.

The Department of Family and Children Services was also called to investigate.