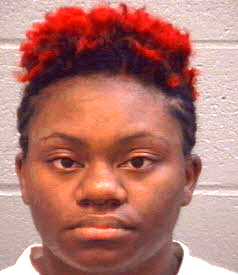 A young mother in Martinez has been arrested for child cruelty after her 7-year-old son showed up at an elementary school in Columbia County this week with bruises.

According to a Columbia County sheriff’s report, the boy’s teacher noticed a mark on his face once he came to class Tuesday. The child was taken to school nurse Sheila Weathersbee, who observed multiple bruises on the child.

The school notified the Department of Family and Children Services as well as the sheriff’s office. Investigators went to the boy’s home, where his mother was interviewed and arrested.

The mother told authorities that she had struck her child with a belt for misbehaving, sheriff’s Major Rick Whitaker said.