Butler High Player on Scooter’s Belt Beating: ‘It was a Joke.’ 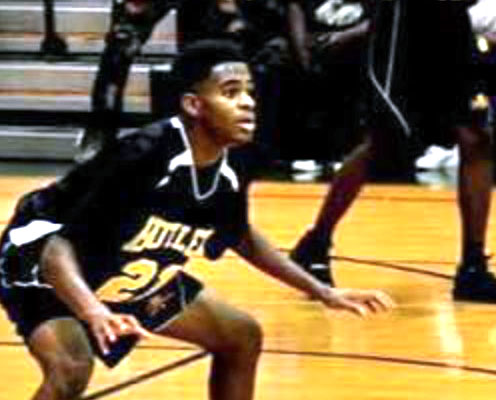 The Butler High School basketball player who was kicked off the team for striking an adult volunteer with a belt last week claims the incident was just a joke. 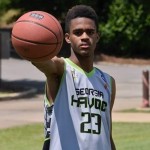 Jyheem Rollins, 17, has been suspended from school for 10 days for hitting adult volunteer Thomas Tate, affectionally known as “Scooter.” The player said he is off the team until next year and returns to school next Friday. A criminal investigation is also underway.

“I believe I will get through this and my future is going to stay the same,” Rollins told The Jail Report*. “I believe it.”

Scooter, who has been described as “developmentally disabled,” is well known around the school and considered the unofficial team manager for the Bulldogs. He was with the squad during their Jan. 30 loss at Jefferson County High School when a friend of Rollins recorded the junior athlete hitting Scooter with a belt in the locker room. The video was later posted online, which eventually drew the attention of administrators at the Augusta school.

In an interview with Rollins over Facebook Messenger, the teen said the incident was a joke and not an attack. Still, he is worried about being arrested.

“I didn’t assault anybody,” Rollins wrote. “Four soft hits can kill him? Y’all acting like I physically abused him.”

It was just a joke, Rollins stated.

“I was already playing with him,” the teen stated. “Then I told him to get a Powerade for me and he had my change so I wasn’t going to trip about that change. So he said ‘Alright, Knucklehead’ and he laughed and I laughed. And I just hit him four soft times with a soft belt. No abuse or none of that.”

Authorities say that a video of the incident was posted online and later removed. Three days after the game, administrators at Butler High School were made aware of an incident, school district spokesman Kaden Jacobs said.

Rollins said this was his first time getting into trouble. He considers himself a “well-mannered young man.”

In this case, the athlete said he has prepared a letter to Scooter and wants to give it to him soon.

“He’s a good fellow,” Rollins stated. “I have much love for that man. He’s a brother of mine. I knew him since I was little playing recreation basketball. I claim him as a great bro and very funny.”

Rollins also hopes Scooter returns to the team. “I really hope so cause it won’t be the same anymore,” he said.

* Quotes from the teen have minor changes to fix grammatical and spelling errors. 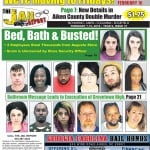