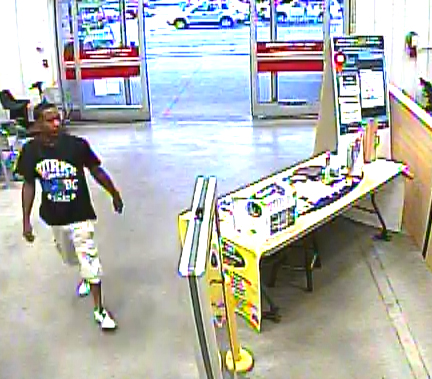 Can you help the Columbia County Sheriff’s Office with a purse snatching that occurred Saturday night at the Lowe’s in Martinez?

The man pictured here is the getaway driver.

Authorities say the robber grabbed a Coach-brand purse from a 58-year-old woman as she stepped out of her vehicle on the passenger side.

The robber was described as a black male in his 20s, about 6-feet tall, 180 pounds, slender build with a dark complexion.

After the purse snatching, the man got into a silver passenger car with tinted windows that was parked several spaces away. The getaway driver then sped away.

The woman’s purse included a cell phone as well as a driver’s license, credit cards and debit cards.

Recognize this guy or know anything about the strong armed robbery, please call the Columbia County Sheriff’s Office at 706-541-2800.