Columbia Co. Drags Liar Back from Las Vegas for Charges 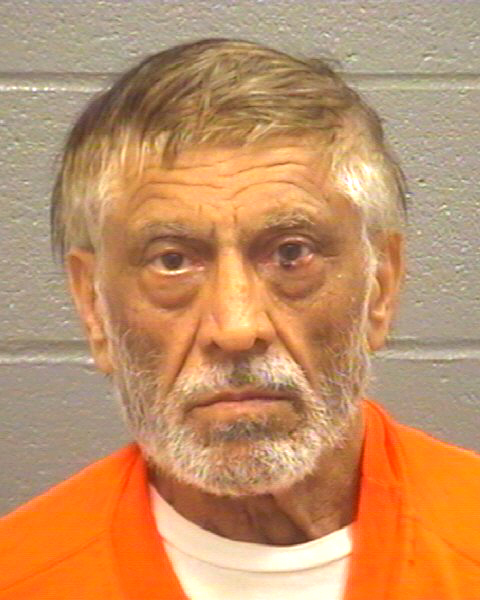 A former Fort Gordon translator who failed to pay his ex-wife alimony and hid $500,000 in stocks from the court was dragged back to Columbia County from Las Vegas this week to face the music.

Said Mobin, 67, has been charged with false swearing and two counts of contempt of court, according to jail records.

Mobin was involved in a high-profile divorce that was featured by local media in 2010.

The Augusta Chronicle reported on how Mobin’s wife — an Afghanistan resident who was 32 years younger — was forced to marry Mobin in a Pakistani village over a decade ago. The marriage was arranged by Mobin and the woman’s mother.

The marriage led the couple to Las Vegas and eventually to Augusta, where the marriage ended in 2010. In court, the suspect’s wife told about an abusive relationship that lasted years.

She said her husband would cut the telephone line if she tried to call home while they lived in Las Vegas in 2002. She would be choked if she complained, and Mobin would muffle her screams with a pillow over her face.

A child was born, but the suspect’s wife said she suffered through a decade of “isolation, abuse and fear,” according to the newspaper account.

In 2009, Said took a job as a Farsi translator for the Army at Fort Gordon. His wife said she was allowed to work at a day care but her husband threatened to “send her to Afghanistan in shame” if she didn’t follow his orders.

The marital conflict ended up before Richmond County Superior Court Judge J. David Roper when the suspect’s wife sought a divorce and her husband consented.

Judge Roper ruled in the wife’s favor in 2010, saying Mobin failed to show the court proof of income, tax returns and financial statements.

The judge also awarded the wife temporary custody of the couple’s son, along with thousands of dollars in alimony and child support.

But Mobin did not pay alimony as ordered, and that led to the contempt charge. He also failed to pay $3,500 in fees to his ex-wife’s attorney. His lies in financial statements led to the false swearing charge.

Judge Danny Craig issued an order last October paving the way for Mobin’s nationwide arrest and extradition. Mobin was booked into the Columbia County Jail on Wednesday, where he is being held without bond.