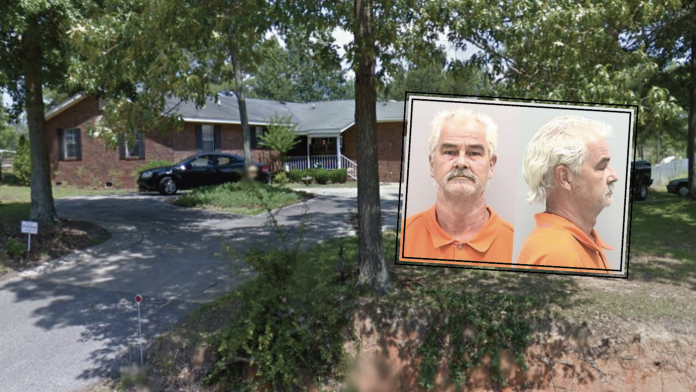 A Blythe man has been charged with elderly neglect after his 87-year-old mother-in-law was found dead in a lawn chair.

The disturbing accusations against Clifton Eric Brady are spelled out in an arrest warrant. It accuses the suspect of depriving Pauline H. Lankford of healthcare and the necessities at their home on 1045 County Line Road in Blythe. The suspect’s wife has not been charged.

On Tuesday, Richmond County Coroner Mark Bowen said the woman was found dead in a lawn chair in the front room of the residence.  “It appears Lankford has been dead for some time and not taken care of by her daughter and son in law who lives on the property also,” he said.

She was pronounced dead at 11:21 a.m. Tuesday, and the death is being investigated as “suspicious.”

“The residence was very unkempt and nasty,” Bowen said in a press release. “Code Enforcement was called to the scene to investigate due to the condition of the residence.”

The body has been sent to the GBI Lab for an autopsy.

Brady has been charged with neglect to a disabled adult, elder person or resident. He remained in the Richmond County Detention Center on Wednesday morning without bond.