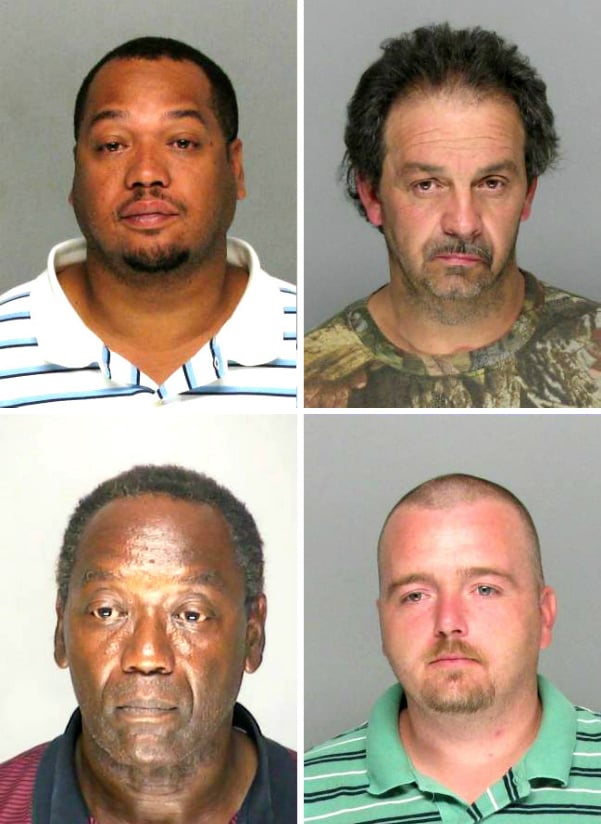 Authorities have broken up a ring of car thieves accused of stealing disabled vehicles along I-20 and cashing them in at local salvage yards.

Two people have been arrested and two are being sought after a joint operation between authorities in Richmond and Columbia counties.

Vernon Neely Jr. (top row, from left) and Elmer Gilman have been arrested, and (bottom row) Vernon Neely Sr. and Joseph Thaxton are being sought in connection with the thefts.

Officers were looking into a possible “Chop Shop” operating on the grounds of 4040 Belair Road, which was advertising as “First Class Motorz,” said Investigator Kendall Brown, coordinator of the C.S.R.A Metal Theft Task Force. That shop didn’t have a valid business license and was previously listed as “Global Auto Traders,” he said.

“The investigation revealed that four subjects employed at Global Auto Traders were using an unmarked rollback tow truck to steal motor vehicles disabled on the side of Interstate 20 and roads within the CSRA,” Brown said. “The subjects would later use the same unmarked roll back tow truck to transport the stolen vehicles to area recycling/ salvage yards for money.

UPDATE FROM POLICE: “The business advertising as ‘First Class Motorz’ has no direct affiliation with Global Auto Traders or any of the listed suspects.  The investigation revealed that First Class Motorz are in the process of leasing the property.”