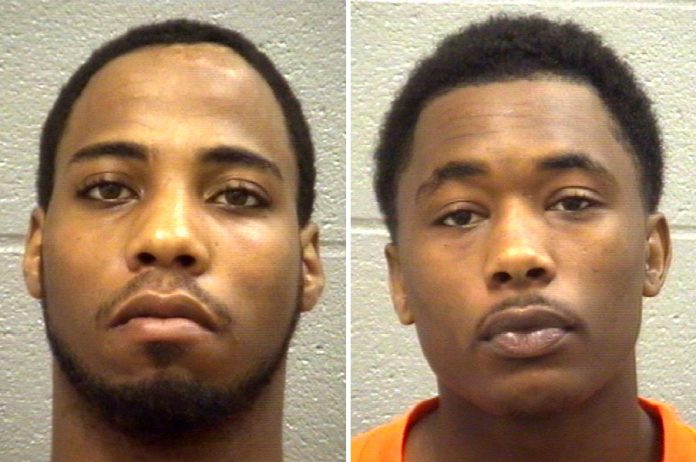 Columbia County authorities arrested two men for child cruelty Thursday when they were caught smoking dope in a car with a 1-year-old girl in the back seat.

Roderick Holloway,22, (left) and Quashawn Garcia, 19, were found getting high in a white passenger car outside the Fitness Gallary on Washington Road Thursday afternoon, according to a sheriff’s report.

In addition, Holloway was caught with 0.7 grams of cocaine outside the Martinez business.

Both were charged with cruelty to children in the second degree and Holloway was charged with possession of cocaine as well.

The girl was turned over to her mother, a report says.