DUI: Augusta Man Wrecks on I-20 While Fleeing Hit & Run 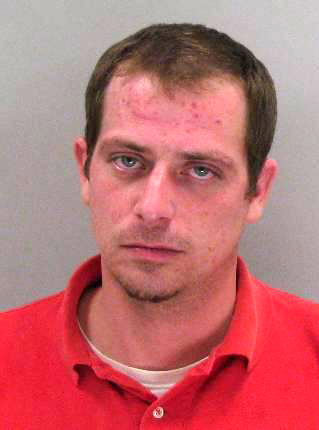 An Augusta man with a history of DUI caused two wrecks Friday, including a wreck along I-20 that occurred while he was fleeing a hit & run on Washington Road, authorities said.

Daniel Michael Gentry, 29, is facing charges of DUI, reckless driving and a driving on a suspended license as a result of both accidents.

In May, Gentry was featured in The Jail Report for a DUI charge from Richmond County. He also has previous DUI convictions that led to jail time as well as a label of “habitual violator” and a judge’s demand that he attend AA meetings.

On Friday, he was allegedly driving drunk on Washington Road about 4:45 p.m. when he hit another vehicle with his white 2003 Ford Ranger.

“While traffic investigators were handling this accident, they were then dispatched to a more severe accident on I-20 Westbound, just at the Warren Road Bridge overpass,” sheriff’s Sgt. Monica Belser said. “Investigators then discovered two overturned vehicles.”
Sgt. Belser said Gentry caused the violent wreck with a Lincoln Town Car on the interstate while fleeing the hit & run on Washington Road. In that accident, both cars overturned.

Everyone in the accidents, including Gentry, required medical treatment. Authorities did not release the victims’ names.
According to a jail website, Gentry has been booked into the Richmond County Jail this evening. (The mugshot here from his May DUI arrest.)

In 2008, Gentry was found guilty of a DUI and sentenced to 60 days in jail, 12 months’ probation, fined $1,501 and ordered to perform 30 days of community service, undergo clinical evaluation for substance abuse and have an ignition interlock device installed. A judge also ordered him to surrender his tags, undergo alcohol counseling, continue Alcoholics Anonymous meetings, submit to monitoring with a Secure Continuous Remote Alcohol Monitor device, submit to random drug and alcohol screens and attend a risk-reduction program and served notice of habitual violator status.