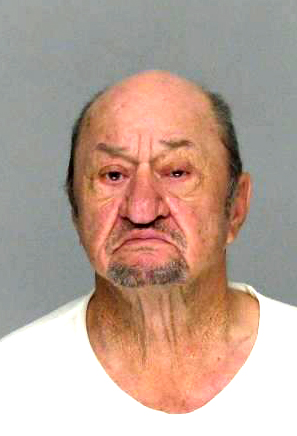 An elderly Augusta man has been charged with child rape and molestation charges after a 13-year-old girl accused the man of sexually assaulting her since age 9 while he was married to the girl’s mother.

The girl also claims 78-year-old Harold “Dusty” Rhodes of pointing a loaded pistol at her, according to a sheriff’s report.

The victim only recently told relatives about the abuse when her biological father gained custody of her and she opened up to him. The sex acts were so devastating to the girl, though, that she refused to even talk about them. Instead, she wrote a five-page statement, according to a sheriff’s report.

“When I was around 8 or I’d say 9, he started putting his male parts inside my female parts,” she wrote.

The girl indicated that her mother knew about the sexual abuse because she “walked in and observed the subject with his pants off and attempting to have sex with the victim,” a sheriff’s report states. The girl begged her mother to divorce Rhodes or move away, but her mother said “she could not do anything about it,” the report says.

The victim’s father and stepmother were granted temporary custody of the girl in January. The sheriff’s office became aware of the allegations on Aug. 10.

Rhodes, of the 4700 block of Mike Padgett Highway, Augusta, was arrested Thursday and charged with rape and four counts of aggravated child molestation. He remains in jail under no bond.