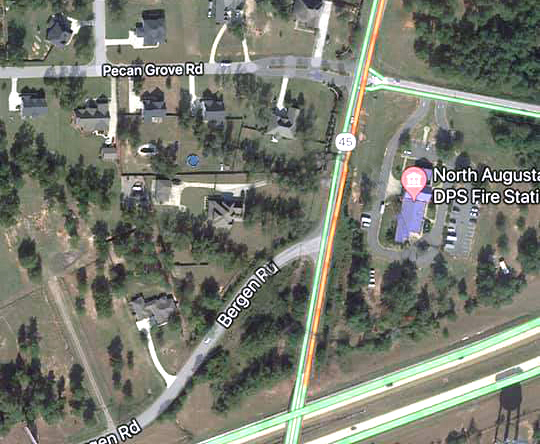 A 74-year-old man riding his bicycle in North Augusta was killed after being hit by a car Monday morning.

The Aiken County Coroner’s Office along with the North Augusta Department of Public Safety is investigation the early morning crash that claimed the life of 74-yer-old George Batten. The victim was pronounced dead at the scene after being struck by a vehicle while riding his bicycle on the 400 block of Bergen Road, Coroner Darryl Ables said in a press release.

“Mr. Batten was riding his bicycle eastward on Bergen Road when he was struck from behind by a 2013 Kia shortly after 7 a.m.,” the coroner said. “Mr. Bergen died of blunt force injuries.”

There are reports that the sun may have been in the face of the driver. A second accident occurred there when a car struck a police vehicle that was helping block off traffic from the fatal wreck. The sun was also a factor there, according to media reports.

The North Augusta Department of Public Safety is continuing the investigation.