Evans Chick-Fil-A Customer Arrested for Threatening Woman Who Honked: ‘Ill Shoot You in the Head’

A Chick-Fil-A customer went to jail Monday after threatening to shoot a woman in the head who had honked at him at the Evans restaurant, authorities said.

Darryl Honaberger, 60, had entered the Washington Road restaurant to pick up his breakfast order when a 36-year-old woman honked at him.

“She stated that she blew her horn at him to warn him that he was going the wrong way but he continued to cut her off and cursed at her,” a sheriff’s report says. “She was going to leave it alone but changed her mind, so she circled around to try to get his license plate to call it in to Dispatch. … He came out of the restaurant and patted his side letting her know that he was armed.”

When cops arrived, the suspect claimed the opposite, saying the woman had threatened to shoot him in the head. But witnesses said otherwise, and cops found that he was the one carrying a revolver.

Honaberger was charged with felony terroristic threats and acts, and he was taken to jail.

For more crime news, pick up this week’s new copy of The Jail Report. Here is the cover: 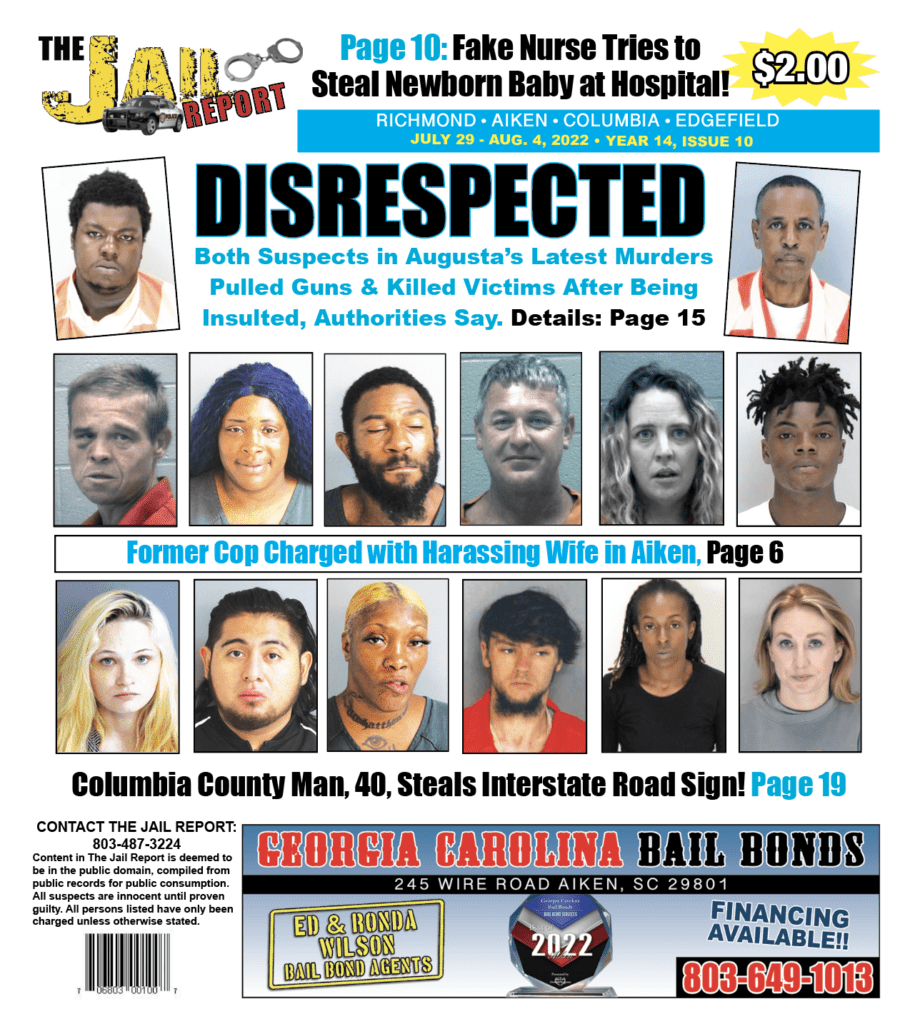